The Israeli government is considering a full shutdown on at least one community and possibly more, given the rapid spread of the COVID-19 new coronavirus and the large number of individuals diagnosed with the illness in the town of Kiryat Ye’arim, also known as Telz Stone.

Eight people were diagnosed with the virus there, including a couple with five children. At least 1,500 are in quarantine as a result, fully 25 percent of the town’s population.

According to several news outlets, however, the government is now debating whether to order all Israelis to remain at home and leave only for absolutely necessities.

“The government is considering a quarantine for all citizens, and if that happens, then all age groups will be asked to stay in their homes until told otherwise,” Health Ministry deputy director-general Professor Itamar Grotto told Hebrew-language news outlets in a phone call Monday.

“We are talking about between a few days and a week, so we can make additional assessments to understand whether the instructions implemented on Saturday are helping reduce the number of infections, or whether we need to tighten the measures to a complete closure.”

Part of the reason has to do with the willingness of the rest of the Israeli population to actively comply with the rigors of social distancing and other forms of behavioral change when asked by the government to self-isolate in any way.

Israelis are in general a very gregarious, sociable people and it is nearly impossible for most to self-isolate for any serious length of time. “Serious” can range from a week to 14 days – the minimum incubation period estimated for the development of the COVID-19 new coronavirus virus to appear.

Numerous Israelis who were asked to self-quarantine were later found to have had difficulty with the task.

In Tel Aviv on Monday evening, Israel’s Kan public broadcasting network said its reporters found many Israelis enjoying the parks, the beach, the bars and other sites, in direct violation of the orders issued just one day earlier by Israel’s Health Ministry.

At least 255 Israelis were confirmed to be ill with the virus by Monday, including 21 who are medical staff. One is a senior medical officer of Tel Aviv Sourasky Medical Center’s Ichilov Hospital. As a result, tests was performed on all the patients in her unit, many of whom were senior citizens, and her staff was sent into self-quarantine at home. 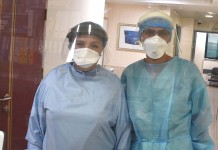 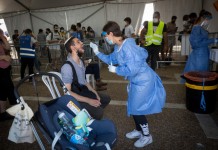 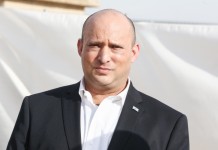