The officials discussed regional issues in the Middle East, including the situation in Syria, according to a statement from the Israeli Prime Minister’s Office (PMO).

“National Security Adviser Ben-Shabbat emphasized that Israel insists that Iranian forces must leave all of Syria,” the statement read.

Ben-Shabbat is one in a long line of Israeli officials to make the same statement. 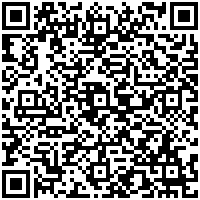