According to Israel Hayom (נתניהו תכנן להכשיר את אסד – בתמורה להוצאת איראן מסוריה), three years ago, then-Prime Minister Benjamin Netanyahu was behind a plan to resuscitate the regional legitimacy of Syrian President Bashar Hafez al-Assad, in the hope that he, in turn, would get rid of the Iranian presence in his country.

According to the same report, Prime Minister Naftali Bennett recently stopped the regional initiative that had been launched by his predecessor, to bring back President al-Assad into the Arab League and the bosom of the family of nations.

According to journalist Ariel Kahana, the plan to whitewash Assad’s reputation was hatched by Israel at a summit held three years ago in Jerusalem with the National Security Advisers of Israel, the United States, and Russia, Meir Ben Shabbat, John Bolton, and Nikolai Patrushev.

Ben Shabbat presented his two colleagues with a multi-phase plan: first, Assad would call on all the foreign forces that had entered Syria after 2011 to leave his country, on the grounds that they are no longer needed; then, Syria would be readmitted as a member of the Arab League; the Persian Gulf states, led by the United Arab Emirates, would invest in the Syrian economy, replacing Iran; and (if there’s still time) the Syrian government would institute reforms––to be determined in talks in Vienna–––with free elections to be held at the end of the process.

OK, that last part about the free elections thing must have raised a chuckle from all three NSAs, but otherwise, considering it was three years ago, maybe the plan made sense. With the end of the civil war in Syria, Israel at the time accepted Assad’s rule as a fait accompli. The Israeli political echelon believed at the time that in the new circumstances, reconciling that Assad was there to stay and getting him to push Iran out was the best result that could be achieved.

Israel’s new NSA, Dr. Eyal Hulata, received an update from Ben Shabbat on the initiative upon taking office, but Bennett’s office decided not to continue promoting the program, even though, as Bennett told Egyptian President Abdel Fattah el-Sisi, and UAE Crown Prince Mohammed bin Zayed in their Sinai meeting two weeks ago, if the Arab league states want to whitewash Assad, Israel won’t try to stop them.

As to Netanyahu’s plan, Bennett’s source told Kahana Assad is incapable of expelling Iran and its proxies from his country, and so the result of the plan “may end up being that we lose both ways: we will help exonerate Assad and be stuck with the Iranians in Syria after all.”

“The Iranians are there at Assad’s invitation, and it’s hard to see a scenario where he calls for them to leave,” the Bennett source said, “Therefore, as far as we are concerned, this story is an internal Arab matter, we are not part of it.” 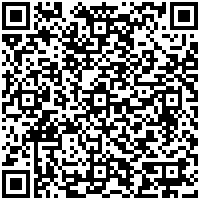