Israel has denied a report in the Al-Khaleej Online media outlet claiming the Iron Dome anti-missile system was sold to Saudi Arabia by the Jewish State.

“We deny the existence of an agreement to sell the Iron Dome system to Saudi Arabia,” Israel’s Defense Ministry said in a statement in response to the report, which claimed Israel was persuaded in “secret tripartite meetings that took place in Washington.”

The report claimed the first battery was to be delivered to Riyadh by December, for deployment to the Saudi border with Yemen for defense against attacks by the Iranian-backed Houthi rebels.

The Iron Dome system is effective when used to intercept short-range projectiles. 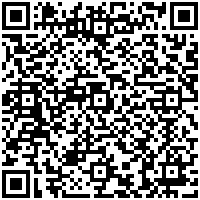