Prime Minister Benjamin Netanyahu’s greeting to Philippine President Rodrigo Duterte on Monday may have finally shed at least some light on part of the reason controversial leader was so warmly welcomed to Israel this weekend, despite so many calls for his to reconsider.


“We mark that this is the first visit by a president of the Philippines in the history of Israel. It is deeply appreciated,” Netanyahu began. “We remember the exceptional role of the Philippines that received Jewish refugees during the Holocaust.

“We remember that the Philippines was the only Asian country that voted for the establishment of the State of Israel in the UN resolution in 1947. Mr. President, we remember our friends. And that friendship has blossomed over the years, and especially over the last few years.”

Netanyahu went on to mention that the two leaders would sign three important agreements — in trade, science and in care giving. And it was the last that may provide insight into some of the prime minister’s insistence that Duterte not be ignored.

“There has been a remarkable phenomenon in Israel where thousands and thousands of families have taken heart from the support given by Filipino care workers to the elderly. I am one of those families, Mr. President,” Netanyahu said. “My late father, who died at the age of 102, in his later years received incredible care by a caregiver from the Philippines, Lee, a woman of exceptional compassion and intelligence. She took care of my father’s every need. And when he passed away, she took care of his brother’s needs, until he passed away.

“I, like many, many Israeli families, am deeply moved by this show of humanity. And today we’re going to sign an agreement that will knock off as much as $12,000 from the cost of every caregiver. This is money that is taken away from the caregivers and the families, the Israeli families who so want their service. This is an exceptional agreement and I think it heralds the kind of friendship that we are developing.”

The Bilateral Agreement for the Temporary Employment of Filipino Home-Based Caregivers in Israel will completely cancel all fees paid to agents, saving Israelis thousands of shekels, he said. “The agreement will assist the elderly and those in need of care giving in Israel, and will have positive repercussions on similar agreements with other countries in the future,” Netanyahu added.

Interior Minister Aryeh Deri and Secretary of Labor and Employment Silvestre Hernando Bello signed for Israel and the Philippines, respectively. Bilateral memorandums of understanding were also signed on scientific cooperation and and cooperation in encouraging bilateral investments between the two countries. 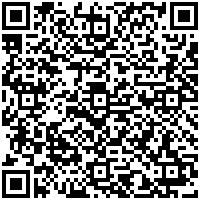