The Givati soldier who was documented telling left-wing activists last week in Hebron, “Soon Ben Gvir will make order around here, you ate it,” was sentenced to ten days in a military prison Monday night. The case of the soldier who was recorded losing his cool and punching an activist in the same incident is still being investigated (IDF Suspends Soldiers Who Responded to Relentless Harassment by Anarchists in Hebron).

The soldiers told their commander that the activists provoked them and said that in retrospect they would have behaved differently.

The father of one of the soldiers said “anarchists came to disturb them during their sacred duty of protecting the citizens.” According to him, “They came, disturbed and harassed them, you don’t see that in the videos. What was published is partial. My son says that they were bullied, spat on, cursed, and pushed to make political statements while being photographed. The anarchists actually forced them to make political statements even though it was not their job. The soldiers have a hard feeling that instead of dealing with the enemy, they have to deal with Jews who come to disturb their mission.”

Otzma Yehudit Chairman MK Itamar Ben Gvir responded to the prison sentence by saying, “It is very unfortunate that a soldier who suffers from harassment by anarchists and haters of Israel who stick a camera in his face and shout at him, “Ben Gvir, Ben Gvir,” and he finally responds – he is the one being sent to prison, just because he mentioned my name and responded to the anarchists.”

Ben Gvir added: “This message of punishment loosens the hands of the soldiers and does not strengthen them in the fight against terrorism. In this, too, it’s time to put order here and back our heroic soldiers.”

In other words, “Soon Ben Gvir will make order around here, you ate it.” 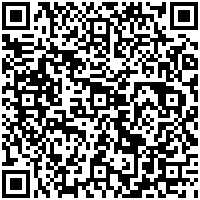