Police found the deranged man who was walking around Far Rockaway on Sunday, carrying what appeared to be a machete on his belt, looking for a local synagogue, according to a report in 5 Towns Central.

The man approached a number of yeshiva students asking them where the nearest synagogue is. He also asked bystanders where “the synagogue of Satan is in the Bible?”

The man initially evaded police, but eventually local Shomrim and the NYPD found him. The sword sheath he was wearing was empty. 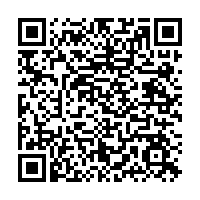