There are steep declines in the levels of trust of the Arab and Jewish public in all the components of law enforcement in Israel: the Supreme Court, the courts, and Israel Police – according to data presented by the index of public trust in the legal systems and law enforcement that was presented at the first Haifa Conference on Politics and Arab Society in Israel, held this week at the University of Haifa in cooperation with the New Israel Fund.

“There’s a process of convergence between the levels of trust of Jews and Arabs along the 22 years the index has been kept,” said Prof. Gideon Fishman, who presented the data at the conference, together with Prof. Arie Ratner. “But the convergence results from both Jews and Arabs being dissatisfied, with the decline in trust by the Jewish sector being steeper.”

Prof. Ratner and Prof. Fishman of the Department of Sociology at the University of Haifa have been keeping the index for 22 years, since 2000. It measures the levels of trust of the Israeli public in the police, the courts in general, and the Supreme Court. The index examines the confidence level from 1-10, 10 meaning very high confidence; 1- deep mistrust.

“The findings are very worrying,” said Prof. Ratner. “Trust is an important thing for the functioning of systems and especially of law and justice. In our case, I don’t want to think about where we would end up if we continue down this slippery slope.” 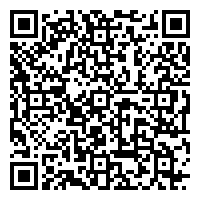