Hamas on Monday hailed the fleeing of US forces from Afghanistan, declaring: “The end of the occupation by the Americans and their allies proves that victory is the destiny for the resistance of the peoples – foremost of which is the struggle of our Palestinian people.”


The United States Armed Forces were scheduled to withdraw from Afghanistan by August 31, 2021, concluding Operation Freedom’s Sentinel and NATO’s Resolute Support Mission. The Taliban merely cut that schedule by a few weeks. But the optics, man, the optics were of anything but a scheduled and orderly withdrawal. It was much more Saigon in 1974, complete with helicopters packed with US military and civilian personnel taking off the embassy’s rooftop, and horrifying images of Afghanis dropping off the body of a US plane which they had been gripping for dear life until takeoff.

On July 8, President Joe Biden was asked by a reporter at a press conference: “Is a Taliban takeover of Afghanistan now inevitable?” The entire world remembers his answer, which should be filed for eternity alongside British Prime Minister Neville Chamberlain’s September 30, 1938 promise of “Peace for our time,” following the Munich Agreement he had just signed with Herr Hitler.

The president answered, “No, it is not,” and explained: “Because the Afghan troops have 300,000 well-equipped—as well equipped as any army in the world—and an air force against something like 75,000 Taliban. It is not inevitable.”

Iran’s Tasnim news agency described most succinctly what happened next: “It took the Taliban just over a week to seize control of the country after a lightning sweep that ended in Kabul as government forces, trained for years and equipped by the United States and others, melted away.”

I mention Iran, because, like Hamas, Hezbollah, the Houthis in Yemen, and every other enemy of America and the West, the Islamic Republic hasn’t stopped smirking these past few days. Or, as President Ebrahim Raisi put it on Monday, “As a neighboring and brotherly country, Iran will try to invite all Afghan groups to achieve national consensus in order for the establishment of stability, which is Afghanistan’s primary need today.”

Yes, you could see the peacefulness oozing out of this fellow, renowned by his nickname “the hangman.”

And President Biden? He spoke to the American people from the East Room Monday night and told us he had no regrets about his decision to walk away from the longest war in our history. To be fair, Biden didn’t start this miserable fiasco, nor was he responsible for its termination. This was started by the Bush administration, continued by the Obama administration (of which Biden was a senior member, of course), and officially ended by the Trump administration. They spent more than a trillion dollars and thousands of American lives and didn’t move the needle at all. Not for the long run. In a year you won’t be able to tell that the US was there, just as you won’t find tangible remnants of the Soviet presence, nor the British. It was almost as big a failure as Vietnam, except with only about 10% of the casualties.

“We gave them every tool they could need. We paid their salaries. Provided for the maintenance of their airplanes,” Biden said about America’s Afghani clients. “We gave them every chance to determine their own future. What we could not provide was the will to fight for that future.”

Here’s one unintended consequence of Biden’s hasty withdrawal from Afghanistan: none of America’s allies will ever again trust it to be in their corner when the chips fall. Not Saudi Arabia, not the Gulf States, not Egypt, nor—we can only hope—Israel.

No two-state agreement between Israel and the Palestinian Authority that relies on US military support has any merit left. Remember the 2016 proposal of replacing the IDF along the Jordan River border with US troops? Not going to happen. Israeli leaders don’t have to declare it publicly, after all, Israel still receives $3.8 billion each year in military assistance from Washington every year, plus all kinds of additional goodies, at least through 2028. But everything America promises is not worth the virtual paper it’s written on. In God we trust, America has to pay cash.

But wait, there’s more. Last Sunday, Bret Stephens wrote a brilliant NY Times op-ed assessment of the extent of Biden’s failure in Afghanistan (Disaster in Afghanistan Will Follow Us Home), noting, among other things:

The country most immediately at risk from an ascendant Taliban is neighboring Pakistan. After years of Islamabad giving sanctuary and support to the Afghan Taliban (as long as they attacked coalition forces), Pakistan must now fear that the next regime in Kabul will give sanctuary and support to the Pakistani Taliban. There may be poetic justice in this, but the prospect of fundamentalist forces destabilizing a regime with an estimated 160 nuclear warheads is an unparalleled global nightmare.

And this, folks, is why the Iranians haven’t stopped smirking these past few days. 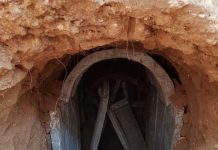