Preliminary data from the Health Ministry indicate the effectiveness of vaccines in reducing severe morbidity from Corona. The research data that was published Wednesday evening show a decrease in the percentage of corona patients whose condition is severe compared to last year.

The comparison was made between the morbidity rate data among people 40-years-old and up in the months of June 2020 and 2021. In June last year, 5.9% of Corona patients were seriously ill, compared to 3.4% in June this year – a decrease by almost a half. Still, the ministry is waiting for data from July this year to see if this constitutes a trend.


Health Ministry Director-General Prof. Nachman Ash signed an amendment to the Public Health Order allowing for a shorter isolation period starting Thursday. Isolation can be shortened based on two negative tests to be performed at the following times:

First test – as close as possible to entering isolation.

Second test – on the seventh day of isolation, and at least 24 hours after the first test (if it had been given well into the isolation period).

From the moment one gets a negative result for the second test, one can exit the isolation, no need to wait for an SMS from the health ministry.

The debate at the Corona Cabinet ended Wednesday night without a decision on new restrictions. Education Minister Yifat Shasha-Bitton said at the meeting: “There are industries in our economy that have not yet recovered from the previous rounds, where the very discussion of coming restrictions constitutes another fatal injury to them. We must not conduct ourselves as we did a year ago as if there were no vaccines available.”

In May 2020, Shasha-Bitton chaired the Knesset Covid-19 Committee in the 23rd Knesset, and on July 13, 2020, she voted to reverse the government decision to shutter pools and gyms because of fears of contagion from the pandemic. Likud coalition whip Miki Zohar told her at the time: “You are finished in the Likud party.” He added that she would be removed as chairwoman from the COVID-19 committee. Shasha-Bitton switched to Gideon Sa’ar’s New Hope party and today serves as Education Minister, while MK Zohar is still on her case occasionally, but from the opposition benches.

Prime Minister Naftali Bennett had a contrasting message on Wednesday, when he said during a lengthy speech to the the nation: “I recommend that Israelis not fly abroad. First, you can be infected. Second, I expect that the map will fill up very soon. I expect that very soon, the countries that you are ordering tickets to, I see the numbers – the entire world will become red. In any case, it will be cancelled. Then don’t order.”

Minister of Culture and Sports Hili Tropper agreed with Shasha-Bitton Wednesday night, saying, “There are areas in the culture industries that only opened up a few weeks ago – and we need to see that we have the infrastructure to enforce and live alongside the restrictions. The previous government lost the public’s trust mainly because its decisions did not come with an infrastructure that would support those restrictions.”

Minister of Science and Technology Orit Farkash-Hacohen noted the need for an entire program that would include testing during major events alongside continued vaccination of the public with an emphasis on children. “If at this time we don’t create an effective program of hundreds of thousands of vaccinators – we will not achieve our goal,” she said. 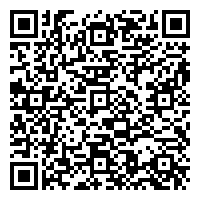