Last week, the Jewish Insider reported that Robert Malley, a former national security official in the Obama administration, is on President Biden’s shortlist for special envoy to the Iran nuclear negotiations. The scoop—not yet confirmed—has already caused a minor storm with folks on the right being aghast at the leaked appointment while the main culprit, the Islamic Republic, is having a hard time hiding its excitement.

Malley, whose Jewish mom worked for the UN delegation of the Algerian National Liberation Front (FLN), and whose father was an Egyptian-born Jewish journalist and communist sympathizer, has not strayed much from his family roots. The family moved to France in 1969 and only returned to America after President Valéry Giscard d’Estaing expelled Robert’s dad because of his hostile punditry against the West in general and Israel in particular.


Robert Malley attended Yale University and was a 1984 Rhodes Scholar at Magdalen College, Oxford, where he earned a Ph.D. in political philosophy and has been writing extensively about the Israeli-Palestinian conflict (naturally). He earned a J.D. at Harvard Law School, where his fellow law school student was Barack Obama.

According to JI, in the mid-2000s, Malley played on Washington’s Edlavitch Jewish Community Center indoor soccer team alongside Rep. Tom Malinowski (D-NJ) and Secretary of State-designate Tony Blinken. They won the league championship in 2005.

The New York Post published an editorial on Saturday, warning that even though President Biden is “eager to reengage with Iran and return to the nuclear deal,” the “murderous regime has no interest in changing its ways. It is boosting its nuclear-weapon development and its network of deadly militias across the Middle East in its continued drive for hegemony.”

“Biden is reportedly looking to make Robert Malley his special envoy to Iran,” the NY Post wrote, not crediting JI with the scoop. They recalled that “Malley was pushed out of the 2008 Obama campaign after news broke that he’d met with members of the terrorist group Hamas, but he became the Middle East director for President Barack Obama’s National Security Council. Last year, he actually condemned the killing of top Iranian nuclear scientist Mohsen Fakhrizadeh.”

The Washington Free Beacon on Sunday cited a Chinese-American academic named Xiyue Wang, who spent more than three years in an Iranian prison before being freed by the Trump administration in 2019, and Wang had nothing good to say about Robert Malley.

“During my imprisonment, Mr. Malley was a senior White House official,” Wang said. “He played no positive role in facilitating my release, a view shared by present and past hostages and their families. If he is appointed, it’d suggest releasing US hostages from Iran won’t be a priority.”

According to the NY Post, Secretary of State-designate Antony Blinken has been sent a letter signed by a dozen former Iran hostages and human-rights activists warning him against recruiting Malley, because it “would send a chilling signal to the dictatorship in Iran that the United States is solely focused on re-entering the Iran nuclear deal, and ignoring its regional terror and domestic crimes against humanity.”

Enter Tehran Times, which on Sunday told its readers that Malley, who served as special assistant to President Obama and White House coordinator for the Middle East, North Africa, and the Persian Gulf region in the Obama administration, and quoted JI’s note that he “has castigated former US President Donald Trump for his Iran policy while advocating for a more balanced approach toward Iran. He reportedly met with Iranian Foreign Minister Mohammad Javad Zarif in 2019 while the chief Iranian diplomat was in New York attending meetings at the United Nations. He criticized Israel’s decision to assassinate top Iranian scientist Mohsen Fakhrizadeh last November, saying the attack would ‘make it all the more difficult for [Trump’s] successor to resume diplomacy with Iran.”

Tehran Times also pointed out that Malley is President and CEO of International Crisis Group (ICG), an international think tank known for its advocacy for a de-escalation between Iran and the US. The newspaper noted with satisfaction that “Malley’s track record of moderate views on Iran drove Washington hawks crazy. They joined forces to dissuade the Biden administration from hiring Malley, believing that the former Obama official would undo four years of Trump unrelenting efforts to squeeze Iran ‘until the pips squeak.'”

On Monday, IRNA noted that “Secretary of State John Kerry led the American team in the international negotiations while Robert Malley headed the Middle East desk of the National Security Council.” The official news agency also praised Biden’s other picks to handle the region: “William Burns and Wendy Sherman played critical roles for the US as well. The presence of united and moderate teams in both Iran and the United States yielded the Joint Comprehensive Plan of Action (JCPOA) in 2015, a diplomatic triumph applauded by the international community.”

IRNA waxed nostalgically: “The Obama period can be characterized by historic firsts in US-Iran policy,” especially since “following the deal, President Obama remained dedicated to implementing American commitments outlined in the agreement, although primary US sanctions remained his main obstacle. Long-standing financial disputes between the two countries were partially resolved during this period, including a $1.7 billion payment made to Iran.” 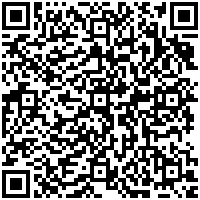