Ayatollah Ali Khamenei, Iran’s ruling cleric and supreme leader, in an address marking the 23rd anniversary of the death of his predecessor Ayatollah Ruhollah Khomeini, warned that any Israeli attack would be met with a “thunderous blow.”

Khamenei made it clear that Iran’s pursuit of nuclear power was a matter of national importance that would not be deterred by the West’s sanctions program: “If we stop, we will stay backward, and if we take pride in the accomplishments, we will fall.” Instead, he claimed, the sanctions are only “deepening Iran’s hatred towards the West.” Khamenei – understood to have the final word on Iran’s nuclear policy – has ruled that the development of nuclear weapons is forbidden, but Western bloc nations believe that this is merely for public consumption and to avert international pressure.


Khamenei said the persistent talk of Israeli military action belies a sense of vulnerability in Israel, fostered by the new regional realities of the ‘Arab Spring,’ and he threatened that “[i]f they take any miscalculated action, they will receive a thunderous blow.”

Khamenei also claimed that the West – and especially the United States – is cynically exploiting the threat a nuclear Iran poses to divert attention: “What Americans and Westerners do is idiotic. They magnify the nuclear issue to cover up their own [economic] problems…They deceitfully use the term ‘nuclear weapons.'”

“What the enemies of Iran fear – and must fear – is not a nuclear Iran but the Islamic Iran,” he added.

His comments come a day after a senior Iranian military commander reiterated that Iran possesses missiles capable of reaching all of Israel.

Despite the failure of the most recent round of nuclear talks between the ‘P5+1’ (US, UK, France, Britain, China, Russia, and Germany) in Baghdad, a further round of negotiations has been scheduled for June 18 in Moscow.

In other news, the Gulf Times reported on Friday that Iran has cancelled a $2 billion deal with a  Chinese firm to help it build a hydroelectric dam, a decision that has the potential to unsettle relations with one of Iran’s few remaining allies. The matter is sure to be on the agenda when Iranian President Mahmoud Ahmadinejad visits China next week.

Reuters contributed to this report. 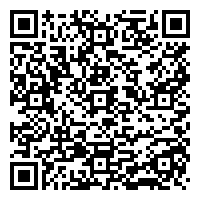