Brigadier General Sardar Mohammad Pakpour, commander of Iran’s Revolutionary Guards Army Corps which is engaged in large-scale war games in the eastern part of the country, on Wednesday told reporters the US will receive a “strong slap in the face” should it trifle with Iran’s military capabilities.

According to Tasnim, “the last phase of a massive military drill the Islamic Revolution Guards Corps (IRGC) Ground Force has held in eastern Iran began on Wednesday, with commandos from the elite forces, known as Saberin Brigade, taking the lead in combat operations.”

According to FNA, during the drills, five simulated enemy suicide vehicles attempted to cross the border. “One of them was targeted by the IRGC ground forces’ RPG units and three were smashed in an ambush but one of them exploded near a watchtower,” the news agency reported.

Meantime, different types of Unmanned Aerial Vehicles (UAVs), helicopters–including two Cobra 206–and heavy artillery were used by the IRGC Ground force as targets. The drones and the choppers are signature weapons of both the US military and the IDF.

Back in September, Mohsen Rafiqdoust, who served as minister of the Islamic Revolutionary Guard Corps throughout the eight years of the Iran-Iraq war, declared that the IRGC Ground Force is five times larger than the US army, able to dispatch six million troops to any battlefield in a matter of days.

Meanwhile, according to IRNA, Abbas Araqchi, Iran’s foreign ministry’s Deputy for Legal and International Affairs, told a conference on the Islamic Republic’s foreign diplomacy on Wednesday that the main goal of the nuclear deal between Iran and six world powers – the removal of nuclear sanctions and economic obstacles against Iran – are out of the way.

“All the sanctions based on the nuclear deal, also known as the Joint Comprehensive Plan of Action (JCPOA), were expected to be removed and have all been lifted,” Araqchi boasted. 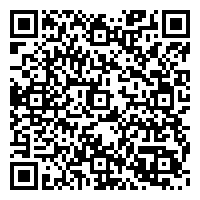