Throughout the game, Arab striker Mu’nas Dabbur’s every touch of the ball was accompanied by loud shouts and whistles of contempt from the crowd, even after scoring.


On May 8, 2021, during the riots in Jerusalem and especially the clashes on the Temple Mount, Dabbur posted a picture of the Dome of the Rock and quoted the Qoran: “Do not think that God does not see the perpetrators. A day will come and he will reckon with them.” This led to angry reactions in Israel and resulted in his not being called up to the Israeli national team for the friendly matches against Montenegro and Portugal.

On Friday, Otzma Yehudit Chairman MK Itamar Ben-Gvir (The Jewish Press Man of the Year 5782), issued a call to the fans of the Israeli team to boo Dabbur: “I call on all the fans of the team and on everyone who holds dear the State of Israel, to boo the player who should play for the Syrian team. Once Dabbur came out against IDF soldiers and supported the extremists and the rioters, he could not represent the State of Israel in the team and wear the uniform. Only in Israel whoever goes out against the state becomes a legitimate national team player. Boo Dabbur.”

For the record, Dabbur did not say anything against the IDF, and issued a clarification on May 9, arguing he was protesting the use of force against women and the elderly in the Al Aqsa mosque during Ramadan, referring specifically to an elderly relative who had been injured in the scuffles.

Austria opened the game with high pressure on the Israeli team, whose defense remained nervous, disorganized, and rife with errors for the entire game, save for a few brilliant stops by the goalie, Ophir Marciano. But five minutes into the game, the audience at the Sammy Ofer Stadium in Haifa and at home received the first hint that this was going to be a magical night for Israel.

Manor Solomon, an attacking midfielder or as a winger for Ukraine’s FC Shakhtar Donetsk, received the ball at the edge of the box, moved a small step to the right, wiggled by Alessandro Schoepf who couldn’t keep up, and with his right foot kicked the ball to the far post, scoring a spectacular 1:0 for Israel.

The Austrians continued their pressure and outplayed the Israelis in every category, including possession (59% to 41%), and shots to the goal (22 vs. 9)—except for the most important one, the scoreboard. Throughout the game, there remained a yawning gap between the Austrians’ control of the field and the Israeli lead in goals scored.

The gap between what was happening on the grass and the scoreboard intensified in the 20th minute, when an Israeli attack led by the gifted striker Eran Zehavi (plays for PSV Eindhoven, NL) passed to Solomon, continued to Sun Menahem (Maccabi Haifa), and ended with a confident push by Mu’nas Dabbur (1899 Hoffenheim in the German league), that raised the score to 2:0.

The Arab striker, whose every touch of the ball was accompanied by loud shouts of contempt from the crowd, even after scoring, received the support of all his teammates.

After the game, the team’s biggest star, striker Eran Zehavi, was asked by reporters about the boos that Dabbur had endured and said: “It’s an unpleasant experience, I say this as someone who has been through it. Mu’nas was prepared for it, we’re past it. I hope it doesn’t repeat in the future. We have a beautiful country, we’ll never be able to understand each other, we won’t resolve all the conflicts – let’s at least be united in the team and enjoy the good team we have. Mu’nas knows he made a mistake, but he apologized and it’s over. ”

Not according to MK Ben-Gvir, who issued a message Sunday morning, after the wildest victory in Israel’s tortured history of international matches: “I hope that now maybe the team leaders will understand that I was right and Dabbur should not have been allowed to play. I just now watched the game broadcast between Israel and Austria. It was a shameful sight when the national anthem was sung, with at least three players including Dabbur and captain [Bibars] Natcho not singing or honoring the national anthem. Disgusting!”

Yours truly also watched the anthem segment and can testify that the three Arab players stood erect with the rest of the team to honor the anthem. But they did not sing the lines: “As long as in the heart within the soul of a Jew still yearns,” and, “To be a free nation in our land, / The land of Zion and Jerusalem.”

Most Israelis just took the win. 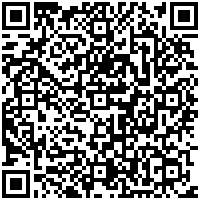