Israeli spokesman said “no comment” on reports from Lebanon that the Israeli Air Force bombed Syrian missiles destined for Hezbollah.

Explosions were reported in the Syrian port city of Latakia, which previously has been targeted and presumably by Israel to prevent “game-changing” weapons from being smuggled into Lebaon for Hezbollah.


Several Lebanese new sources as well as the Lebanese army reported that Israeli planes entered Lebanese airspace at low altitudes and remained in the air for more than one hour. 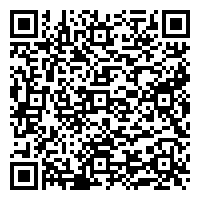