A recently-discovered letter sent to Hitler in 1939 offered him 100,000 Palestine lira in exchange for allowing Jews to buy land in Gush Etzion and move to Israel.

The proposal, which was sent in a letter dated April 9, 1939, but was not carried out.


Researchers at the Kfar Etzion Museum found a copy of the letter that is in the Yad VaShem Holocaust memorial Center and previously had been published only in an academic journal.

A man by the name of “S. Glazer,” whose first name is not known, sent the letter to Hitler, acting as representative of the El HaHar organization that bought land from Arabs and encouraged Jews to live in the area.

Glazer suggested that he meet Hitler in Berlin in May, 1939.

“I ask your permission to allow selling land to German Jews and let them leave Germany … In exchange, I have been  requested and authorized by the company [El HaHar] to deposit in a German bank 100,000 Palestine lira for purchasing” land.

Many of the pioneers in Gush Etzion move from Germany before it was too late and helped settled Kfar Etzion and nearby areas before the Arab League overran the area in the War for Independence in 1948. The area was restored to Israel in the Six-Day War in 1967. 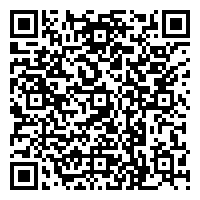