Abraham Foxman, director of the Anti-Defamation League, has charged that the continued refusal of American governments to free Jonathan Pollard for prison is a “vendetta’ against the entire American Jewish community.

HaModia reported that in response to a poll by Tablet magazine of leaders of Jewish organizations, Foxman stated, “The fact that Pollard shared information with an ally — Israel — was no reason for him not to be punished. But after this long imprisonment, the fact that it was such a close ally who received his information should have influenced a positive response when the subject of parole arose.


“I am not one to equate what Pollard did, to betray his country, to the recent revelations that the United States has been spying on top Israeli leaders. Here too, however, these revelations add further context to the absurdity of the ongoing vendetta against this one man.

“Yes, I use that word because that’s what it seems like at this point. If it were only a vendetta against one individual it would be bad enough. But it has now become one against the American Jewish community.

“In effect, the continuing imprisonment of this person long after he should have been pardoned on humanitarian grounds can only be read as an effort to intimidate American Jews. And, it is an intimidation that can only be based on an anti-Semitic stereotype about the Jewish community, one that we have seen confirmed in our public opinion polls over the years, the belief that American Jews are more loyal to Israel than to their own country, the United States….

“Pollard stays in prison as a message to American Jews: don’t even think about doing what he did.”

Tablet wrote in an editorial that “Jonathan Pollard’s continued imprisonment sends a chilling message to American Jews that they are all potential traitors to their country, evincing a distinct odor of political anti-Semitism.” 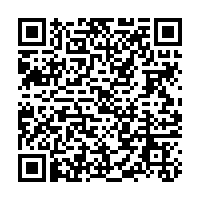