When approaching mainstream Israeli media’s reports on clashes between Jewish settlers and their Arab neighbors in Judea and Samaria, one must remember one important rule: everything they tell you is a lie. Not that the events on the grounds did not take place – they did, and they are recorded on video for all the world to see. What’s missing is the vital footage of what happened before.

Many videos were posted Tuesday night, after Simchat Torah, showing Jews from Maon farms in southern Mount Hebron violently attacking the Arab residents of nearby villages, injuring, among others, a 3-year-old Arab child. Three Jewish settlers were injured as well. The clashes received extensive coverage emphasizing the Jewish violence against Arab peacefulness.

But according to Ari Kaniel of the group Ain L’Tzion, these clashes never start with the local Jews. As he told The Jewish Press, “Orthodox Jews don’t decide on a Yom Tov to go raid a neighboring Arab village.”

He offered us these video clips, part of a series that was published on Israeli right-wing media outlets, showing clips of the Arabs attacking that were not published in the mainstream media.

These events always starts with a group of rioting Arabs headed for the Jewish community in their vicinity.

The truth is, that’s how it’s been since July 30, 1878, when the first Jewish village since the Roman rule—Petah Tikvah—was established in the malarial swamp of the Yarkon Valley by a group of Orthodox Jews from the old city of Jerusalem. They were harassed back then by the local Bedouin and organized a militia to fight them off. 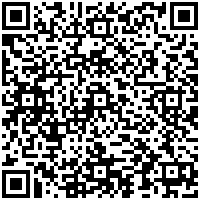