(JNS) The United Arab Emirates took its long-campaigned-for seat on the 15-member U.N. Security Council on Tuesday, and Israel is expected to look to its new friend to help tamp down the council’s disproportionate focus on the Israeli-Palestinian conflict. But according to a number of analysts and those familiar with the UAE’s positions, the Jewish state shouldn’t expect the Emiratis’ full-throated support.

Still, the UAE replaces Tunisia, which has no diplomatic ties with Israel, as the council’s traditional Arab voice and should bring a more balanced voice with it when it comes to the Jewish state.


“There is a degree of obligation to present the views of the Arab block when you sit on the Security Council. Additionally, we have always maintained, even in signing the Abraham Accords, that Israel needs to pull out of the West Bank,” a source within the UAE Ministry of Foreign Affairs and International Cooperation told JNS.

The UAE, essentially, will have to choose one of two paths.

“The Emiratis are going to feel pressure from the radicals inside the Arab League. They will need to choose between them and a more moderate path,” Abdellah Imassi, U.N. Correspondent for the Middle East Broadcasting Networks, told JNS. “I see Abu Dhabi creating more open dialogue and more initiative towards Israel and the peace process.”

“Don’t expect anything revolutionary from Abu Dhabi on this front,” he added. “But they can move the needle in certain situations, especially because they have good relations with all five of the permanent members of the Security Council.”

The UAE served one prior term on the Security Council, from 1986 to 1987. It won the backing of the Arab League in 2012 for another term and sealed a seat with an unopposed run in the Asia-Pacific Group last year after winning the constituency’s backing in 2020.

“What we can provide—to the extent that the council’s balance of power allows—is to push for more of a regional voice for the Gulf states on the Iran file, which should benefit Israel,” said the source, indicating to JNS that public positions that the UAE has staked out on any number of regional and global issues will continue to be reflected in its actions on the Security Council.

That said, the UAE is one of several Gulf states that are pushing for the United States and Iran to reach an agreement on re-entering the largely abandoned Iran nuclear accord three years after cheering on America’s withdrawal from the pact. Recent diplomatic warming between Tehran and Abu Dhabi doesn’t make the UAE any less concerned about Iran’s burgeoning ballistic missile and drone programs or its other menacing activities throughout the region.

The UAE, which will serve a two-year term as a non-permanent member of the body, is represented by Ambassador Lana Nusseibeh, who recently received a promotion to the role of minister. Nusseibeh’s family has ties to Jerusalem going back a millennium, and her father and grandfather are among her family members who have supported the cause of the Palestinians, though often disagreed with the motives and methods of its leadership. Nusseibeh has served as the UAE’s voice in Turtle Bay in the aftermath of the Abraham Accords, repeatedly praising Israel’s initiatives in pursuing a wider peace in its home region.

“The UAE’s conduct on the council will reflect who we are as a country and a people: open, inclusive and bound by the belief that we are stronger united. We will seek a convergence of views and a unified council voice so that its decisions are met with the broadest possible support. Diplomacy is about dialogue, seeking out diverse views and charting a path towards consensus. On the council, we will seek to promote stability and to move from the mindset of conflict management to conflict prevention and resolution,” Nusseibeh told reporters and other new Security Council members gathered at U.N. headquarters on Tuesday.

The Emiratis joined Albania, Brazil, Gabon and Ghana in installing their countries’ flags outside the U.N. Security Council Chamber, replacing Estonia, Niger, Saint Vincent and the Grenadines, Tunisia and Vietnam. Israel has generally good ties with the five new nations.

Non-permanent members India, Ireland, Kenya, Mexico and Norway will complete their terms at the end of this year. Ireland generally holds anti-Israel positions, and Mexico has shown little interest in Middle East affairs. Norway is the penholder on the Israeli-Palestinian file, while India and Kenya have become friendlier towards Israel in recent years.

The five permanent members—the United States, the United Kingdom, France, China and Russia—wield the all-important veto power on the council. Nusseibeh will sit between the Russian and British ambassadors in the Security Council Chamber.

While the Israeli mission to the United Nations did not offer comment when asked if it had sought clarification from the UAE on its intended positions on the council or had any discussions with the UAE mission about its priorities, Israeli Ambassador to the United Nations Gilad Erdan tweeted his congratulations in June to all new members after their election and said he hoped they would work to end anti-Israel bias at the international body.

“I’m hopeful and optimistic you will work to redress the council’s bias in order to become more relevant and effective as you address the world’s conflicts,” he wrote at the time.

‘A great deal of time on the Israeli-Palestinian conflict’

The Security Council regularly issues resolutions and other condemnations against Israel. However, the United States has regularly wielded its veto power to shield its ally from any potentially damaging binding resolutions. Back in October, U.S. Ambassador to the United Nations Linda Thomas-Greenfield admonished the Security Council for its disproportionate focus on the Israeli-Palestinian conflict, for which there is at least one monthly meeting on the council’s calendar.

“This council spends a great deal of time on the Israeli-Palestinian conflict, which is both understandable and consistent with the agenda. But far too often, the substance of these discussions is centered almost entirely around criticism of Israel and counterattacks. I sincerely hope that going forward, council members will do their best to take a more balanced approach. Also, there are other countries and situations in the region that merit Security Council attention and should not be neglected,” she said.

Still, the Security Council will hold its quarterly open debate on the Israeli-Palestinian file on Jan. 19, which should give an early indication as to how the UAE intends to play the issue.

Nusseibeh noted that the UAE will look to take leadership roles on some of the Security Council’s broader files, like women, peace and security, terrorism, global health and climate change. The UAE diplomatic source said that its U.N. mission does not intend to pursue the penholder role on any of the country files, like North Korea or Afghanistan, but rather more thematic UNSC agenda items.

“We want to come across as a responsible player, fair and even-handed, technocratic and apolitical,” said the source.

That is partially out of a sense of self-preservation, as the UAE looks to maintain its current good relations with Washington, Beijing, Moscow and Europe, all of whom come to the council with often divergent interests and all of whom wield enormous power in the council itself. 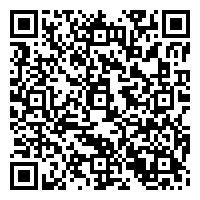