Israeli Minister of Public Security Gilad Erdan (Likud) is expected to expand the criteria for getting a personal gun permit in Israel, in the near future.


In 2015, MK Amir Ohana (Likud) launched the Knesset Gun Forum, advocating for increased private gun ownership among citizens, based on the undeniable fact that a very significant percentage of the Islamic terror attacks over the years have been foiled not by police and the IDF, but by armed civilians.

Last week, at the US Embassy Independence Day celebration, Ohana told JewishPress.com that significant news regarding gun licensing was coming up.

Currently anyone over 21 and healthy can apply for a gun license, but the licensing department will generally only issue a gun license based on specific strict criteria, such as residency or work in certain regions (i.e. Judea and Samaria, or near the border), IDF officers, tour guides, farmers, MDA paramedics and soldiers in elite combat units.

There are only around 145,000 Israelis with personal gun licenses, unconnected to employment in the police, army or as security guards. Licensed Israelis may only own one gun, and that gun is specific to the owner.

Ohana has been advocating to allow anyone who completed IDF combat service and serving in the reserves to be eligible for a gun license.

The upcoming change proposed by Erdan won’t go quite that far, and will be limited to anyone certified as “Rifleman 07”, which is typically infantry, according to a report in Ha’aretz.

From everyone who will now be eligible for a gun license, the ministry estimates 35-40,000 people will take advantage of the offer.

Gun licenses need to be renewed every three years and requires taking a refresher course which includes shooting. 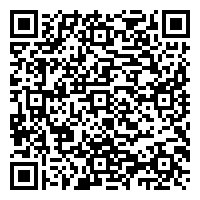