Israel has agreed to transfer medical equipment – including respirators – to Gaza, from the Palestinian Authority, in exchange for a “hudna” or “lull” in hostilities, according to an Arabic-language report by the Lebanese newspaper Al-Akhbar.

“The policy of ‘dropping missiles’ from the Gaza Strip towards [Israel] continues . . . amid a large outbreak of the emerging coronavirus,” wrote journalist Rajab Al-Madhoun.


“At this time, the mediators transmit a number of messages exchanged between the resistance and the occupation, the last of which is the enemy’s agreement to bring medical equipment into Gaza, contrary to what the Hebrew media say.”

A Hamas official told the newspaper Tuesday that Egyptian mediators sent a message to Israel that “matters might get out of control as a result of the great pressure on the Strip, and that the launching of rockets ‘is a clear indication that we must pay attention to and address the causes that lead to it.’ Nevertheless, the enemy responded that it was preparing for a large and massive campaign.”

Hamas is requesting both respirators and PCR tests; there are reportedly 100 hospital beds in Gaza equipped with ventilators and currently 70 patients are hospitalized.

According to the report, Israel has agreed to deliver ventilators that were sent by the Palestinian Authority from Ramallah to Gaza in exchange for maintaining a ‘hudna’ or ‘calm.’ In addition, Israel reportedly will also allow the entry of other medical devices at a later time without specifying a date.

Hamas and the associated Palestinian Islamic Jihad terrorist organization have been launching rocket attacks against southern Israeli Jewish communities for months, causing damage in those communities and sometimes also injuries to people as they race for cover, not to mention widespread emotional difficulties.

The meeting concluded with an initial agreement to deliver 15 ventilators and screening devices this week, which the Palestinian Authority Health Ministry in Ramallah had sent two weeks ago, but which had not arrived because they were stopped at the land crossing. 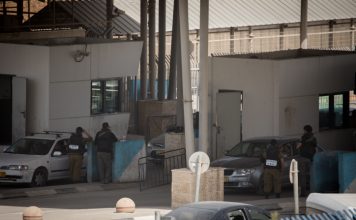 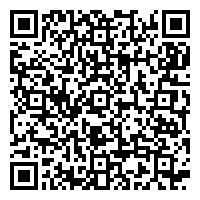