Israel’s Health Ministry on Wednesday increased significantly the number of licenses awarded growers of medicinal cannabis, as 40 farms received their initial approval to establish facilities to grow the plant, Walla reported. The move is expected to open up the cannabis market, increasing local supply and bringing down prices, as well as opening the door to exports and improving cannabis study.

A month ago, the Ministerial Committee on Legislation approved a bill regulating exports of locally grown cannabis. MK Yoav Kisch, the bill’s author, estimates these exports can bring the state more than $250 million annually.

A year ago, Health Minister Jacob Litzmann (UTJ) objected on moral grounds to exporting cannabis, but he appears to have changed his mind and voted to approve the new proposed legislation.

To date, only eight growers were licensed to grow the plant, for medicinal use only. Earlier this week, the government approved the decriminalization of cannabis users submitted by Ministers Gilad Erdan (Likud) and Ayelet Shaked (Habayit Hayehudi). On Wednesday, an inter-ministerial steering committee submitted its recommendations to change the licensing of medicinal cannabis users, so that the drug may be consumed outside the patients’ home.

Attorney Hagit Weinstock, representing Israeli farmers who petitioned for increasing the number of licenses being awarded, told Walla that the change means “a real message of hope to farmers and the dear citizens who need medicinal cannabis treatment.” 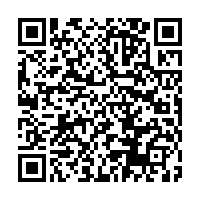