Jerusalem’s police on Wednesday night arrested a third Arab from the city who is suspected of involvement in the assault on a Jewish motorist who was on his way to the Kotel, Western Wall, on Saturday night on Tisha B’Av eve.

The Israeli was apparently following Waze which took him through Salah a-Din Street in Jerusalem when his car was surrounded by several Arabs rioters who threw objects at the car and attacked him.

A policeman in a nearby car saw the attack, exited his car and fired in the air, thus extracting the motorist from a potential lynching.

The police have already arrested two suspects, and last night arrested a third suspect, aged 16, at his home in Jerusalem.

The suspect will be brought before his judge and the police will request that he be remanded.

Muslims in Jerusalem attempted to block Jews from visiting the Temple Mount during the national day of mourning over the destruction of the two Temples and attacked Jews in several incidents in the Old City of Jerusalem throughout the day. 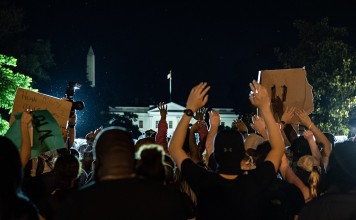