MK Heba Yazbak (Joint Arab List) last week told an Arabic radio channel that her political program “opposes and fights state Zionism and advocates the removal of the state’s Jewish and Zionist essence, while maintaining our national identity without giving up full citizenship and civil rights.”

She also said, in another interview: “We want to fight with all our might against racism, apartheid and Zionism. We will push our project of a state of all its citizens (meaning not a Jewish state – DI) with all our might.”

Taken on its own, Yazbak’s agenda is consistent with her Balad party’s historical platform, which opposes the idea of Israel as a solely Jewish state, and advocates recasting it as a binational state. And as long as this agenda enjoys only limited support even inside Israeli Arab society (Balad has only 3 out of the Joint Arab List’s 15 MKs, even though there are 4 parties in the union), then it can be considered the price of Israel’s being the only real democracy in the region.

But this week, MK Heba Yazbak alongside the rest of the vehemently anti-Zionist (which is a kind way of saying anti-Semitic) members of the Joint Arab List told President Reuven Rivlin that they endorse Blue&White chairman Benny Gantz to form the next government, thus completing the 61 votes he needed to receive the presidential nod.

Mind you, the Blue&White leadership as well as every single party spokesperson spent the months leading up to the March 2 election repeating one mantra, also with all their might: We will never accept the Joint Arab List in our coalition government, not inside the coalition and not as outside supporters. But as soon as the votes had been cast, the Blue&White mantra was altered to read: in a democracy, every vote is equal to the others. Meaning, we deceived our voters, and we hope they’ll forget this fact when the next elections roll around.

Before the March 2020 elections, several parties demanded that Yazbak be banned from running because she had openly supported Israel’s enemies when referring to Lebanese terrorist Samir Kuntar as a martyr in a post on Facebook. In 1979, Kuntar led a terrorist squad that murdered a Jewish family and two policemen. The High Court of Justice, which banned several Otzma Yehudit members from running because they believed in the late Rabbi Meir Kahane’s teachings, reversed the Yazbak ban, because it’s what the high court does.

Here’s the catch, though: the Knesset Central Election Committee voted 28 to 7 in favor of banning Yazbak, and Blue&White was right there alongside Likud, Yamina, Shas and Labor, insisting that someone who rejoices in the murder of Jews should not be warming a seat in the Knesset.

That was then, and this is now: MK Heba Yazbak is good enough for cobbling together a Gantz government, which would have to reverse a slew of Arab-related laws, many of them reasonable and even critical to the well being of Israeli Arab society – because the Joint Arab List would condition its support on killing those laws.

MK Ofer Shelah, who’s been Yair Lapid’s right hand at Yesh Atid since 2013 and is considered one of the dominant voices in Blue&White, told Reshet Bet radio this week: Heba Yazbak did indeed support terrorist. Friends of mine were the ones who captured Kuntar. We voted against letting her stay in the Knesset – but the court decided otherwise. But the Joint List, whose voters gave it 15 seats, should not remain outside the coalition game. It’s not the same thing. You can’t do a total rejection.”

And this is the level to which Blue&White is prepared, nay, happy to sink in order to replace Netanyahu at the helm. It’s not illegal, it’s well within the rules of Israel’s democracy. But it is nevertheless disturbing, and the Israeli voter will probably punish them next time around. 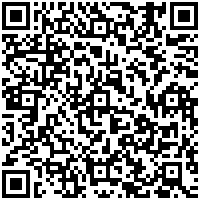