In recent days, it seems as if the most commonly-uttered phrases within the Jewish community have been “with heavy hearts” and “until further notice” as, one by one, shuls and schools have taken the unprecedented step of shutting their doors to prevent the spread of the new coronavirus.

As Shabbos drew near last week, much of the Covid-19 talk centered around Israeli seminaries and yeshivos sending students home for Pesach. The list of local schools that were closed was blissfully short and talk had just begun about which – if any – synagogues would go dark over the weekend.


Then an announcement came on Thursday that the Rabbinical Council of Bergen County (in New Jersey) was shuttering all local shuls and canceling public shiurim. In a letter addressed to the community, the RCBC advised it not to hold private minyanim or playdates or share Shabbos meals or public celebrations. It also declared that levayos should be limited to family members; shiva visits should be made via phone or video calls; and restaurants should only service takeout orders.

On Friday afternoon, Rabbi Yaakov Bender, rosh yeshiva at Yeshiva Darchei Torah, sent a letter to the school’s parent body advising it that several local adults were being tested for the coronavirus and that the entire school complex – from nursery through kollel – would be closed Sunday and Monday for sanitizing, with additional information to follow on the school’s eventual reopening.

Rabbi Bender also informed parents that he had consulted with Rabbi Shmuel Kamenetsky who endorsed the closure of all local minyanim, as per the recommendation of Rabbi Dr. Aaron Glatt, a prominent infectious disease specialist.

A slightly less drastic approach was adopted by Rabbi Aaron Cohen of Tifereth Israel in Passaic, NJ, who asked congregants to practice social distancing and announced smaller, parallel minyanim to avoid crowding and the possible spread of the virus.

Rabbi Menachem Penner, dean of Yeshiva University’s Rabbi Isaac Elchanan Theological Seminary, addressed his congregants at the Young Israel of Holliswood at its final pre-closure Shachris on Friday, noting that both we and G-d in heaven are living in painful times. “We know that as soon as the time is right that we will be able to rejoin Him. We are sad, not just for all of us who are away from shul. We are sad for Hakadosh Baruch Hu that so many shuls are going to be empty this Shabbos,” he said.

By the time Sunday dawned bright and sunny, the Jewish world was navigating unchartered waters. Long Island worshippers at Congregation Aish Kodesh in Woodmere and Kehillas Bais Yehuda Tzvi in Cedarhurst were advised to pick up their talleisim and tefillin and then leave the premises because of confirmed cases of coronavirus. Passaic and Clifton shuls in New Jersey were closed, with residents urged to continue davening at the proper time and those over 60 or with underlying health conditions advised to limit their social interactions, even with their own grandchildren.

Lawrence Mayor Alex Edelman issued a five-day state of emergency that closed all houses of worship. In Monsey’s New Hempstead neighborhood, Congregation Ohaiv Shalom announced that after consulting with Rabbi Dovid Cohen, it would allow two minyanim for every tefillah in separate rooms with a maximum of 11 men each and that it was halachically forbidden for any others to join those minyanim.

The closures extended across the country. The Chicago Rabbinical Council and the Vaad HaRabbonim of Baltimore both shut down the shuls in their communities for the foreseeable future and extensive closures have hit other Jewish communities nationwide.

Monday saw rabbanim and shuls leveraging technology and other services to benefit their kehillos; the video-conferencing platform Zoom, among others, was used to keep existing shiurim going and to promote additional Torah learning.

A virtual beis medrash launched by the Far Rockaway/Five Towns community is offering a variety of shiurim from Sunday through Thursday. Tifereth Israel’s Rabbi Cohen launched a Zoom vasikin minyan, giving congregants the ability to pray “together at sunrise, an auspicious time for prayer” (even if certain portions of davening had to be omitted).

With Pesach looming, Rabbi Yitzchok Frankel of Agudath Israel of the Five Towns asked that all paperwork for mechiras chametz be dropped off or mailed to his home.

On Tuesday, a van drove through Boro Park proclaiming in the name of rabbanim that everyone over 60 should stay home, citing the biblical injunction, “V’nishmartem me’od l’nafshoseichem.” A notice by the Beth Din of Crown Heights the day before declared it “absolutely asur (forbidden) for anyone over the age of 65 or with underlying health conditions to attend shul, mikvah, weddings or any other public places.”

Equally aggressive have been school closures, which could potentially extend until the end of the school year. Governor Andrew Cuomo waived the state requirement for schools to be open for 180 days, but schools nonetheless have been scrambling to arrange call-in or group video classes.

Already before Purim, Salanter Akiva Riverdale schools, Westchester Torah Academy, and Yeshiva University – all of which were linked to the New Rochelle lawyer diagnosed with New York’s second case of coronavirus – had shut their doors. More followed last week, and by Monday afternoon, all schools in New York and New Jersey that hadn’t closed on their own were ordered shut by governors Andrew Cuomo and Phil Murphy by March 18 with the closures running through April 1 in New York running and indefinitely in New Jersey.

The directives included even post-high school institutions, prompting Bais Medrash Govoha in Lakewood to shut its doors; its four roshei yeshiva issued a letter calling for amplified Torah study and davening, noting that “in every difficulty and place, these are the walls that protect us in hard times.”

At Bnos Leah Prospect Park Yeshiva in Flatbush, preparations for an eventual shutdown began two weeks ago. Parents were asked to come to the school to pick up their daughters’ books, Haggadahs, and worksheets, and assignments are being emailed home or will be available for in-school pickup.

While preschoolers are learning through short WhatsApp videos, older students are continuing to sit in classes via teleconferencing and Zoom. A website created last week allows each class easy access to necessary materials, and a schoolwide gym class and Tehillim assembly were both arranged for Wednesday afternoon to keep students feeling connected.

“It’s not school, but it’s happening,” said Rabbi Akiva Kelman, who noted that students are not required to wear their uniforms for remote learning. “If this becomes prolonged, we hope to incorporate more classes.”

Assistant principal Rabbi Dovid Goldman at Yeshiva Tiferes Yisroel in Flatbush said every shiur in the high school is still being given. Students are using teleconferencing and Zoom to participate in daily sedarim, which range by grade from two and a half to four hours daily, with an extra hour and a half of night seder as well as regular secular classes. According to Rabbi Goldman, the school’s 150 students have been responding positively to their remote learning.

“They have been enjoying connecting with their rabbeim in a different format, and during breaks they have asked them to keep the screens going to keep in touch and interact with their classmates,” said Rabbi Goldman.

Pinny Faska of Cedarhurst said that all three of his children are taking well to their new educational environment. His seven-year-old-son Rafi, a Yeshiva of South Shore student, has been enthusiastic about his video classes and being able to chat with friends on the family laptop, while his two-and-a-half-year-old son Aryeh has been busy putting together his Pesach Haggadah with pre-cut pieces that are ready for gluing and coloring, prepared for him by his teacher at the local JCC’s nursery program.

At Monsey’s Yeshiva Ketana Ohr Reuven, four-year-old Tani Kahana has been davening together with his class on a video chat, learning about the Hagadah, and working through a large pile of worksheets and educational packets sent home by his teacher at the family’s newly inaugurated “homeschooling” table.

Rabbi Yakov Kahana, an eighth grade rebbi at Yeshiva Ketana Ohr Reuven, has been conducting his classes from his kitchen, using a picture of his classroom for the virtual background of his video lessons.

Things have started relatively smoothly for what could be long-time measures in the Jewish community, but Rav Herschel Schachter, rosh kollel at Yeshiva University, said that the forced closures of shuls and schools should be seen as a clear message from above that we are failing in our responsibilities as “G-d’s firstborn” to be role models to the nations of the world.

“The world is full of atheism, avodah zarah, immorality, abortion, and murder, and the fundamental sheva mitzvos bnei Noach, the seven Noahide laws, aren’t being observed in society,” said Rav Schachter. “We are supposed to help raise the younger children and to set a positive example, and yet there are Jewish people involved in scandals and in court cases. We are not doing our job and living up to our responsibilities.”

Rav Schachter observed that we should all be thankful that G-d took an oath after the flood in the time of Noach never to destroy the entire world again. “The whole world is rebelling,” he noted. “If I were G-d, I would be very angry right now. We need to work harder and do our jobs better so that we can be an ohr lagoyim.” 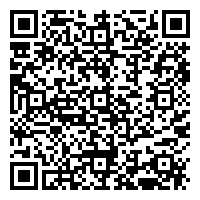