Arab students at Jerusalem’s Hebrew University Mount Scopus campus on Monday called for a new intifada against Israel in a protest of the IDF’s response to border riots in Gaza.

“A decision has emerged from Gaza: Intifada and victory,” was one of the slogans the protesters were chanting, alongside “Oh Shahid (martyr), rest in your bed, we will continue the struggle” and “Zionists get out, our land is Arab and free.”

A counter demonstration was held by activists from the Zionist organization Im Tirtzu, who waved Israeli flags and sang Israeli songs including Israel’s national anthem “Hatikvah” and “Kudos to the IDF.”

Last year, Arab students at Hebrew University staged a number of similar protests calling for violence against Israel. So far, the university has taken no disciplinary measures against them.

Alon Schvartzer, Im Tirtzu’s Director of Policy, called the protesters hypocrites: “Instead of standing with the State of Israel that provides them equal rights and opportunity under the law, these students opt to incite against Israel and the IDF, and support terrorism,” he said in a statement.

“The university must take this incitement seriously and immediately discipline those students responsible,” Schvartzer added. 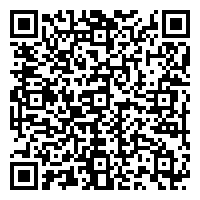