Details are beginning to emerge on the attack on the T-4 air base near Homs, Syria, in which 14 people were killed.

It is now generally assumed that Israel was the country behind the attack, though Israel has not responded to those claims.


Reports coming out of Iran state that five of the dead in the attack were members of the Iranian Revolutionary Guards Corp, and according to a source in the Syrian military, the number is actually as high as 11 members of the IRGC. (Update: Iran has now upped their official number to 7.)

Radio Farda reports that Iran’s Fars news service has listed Ammar Mousavi from city of Ahvaz, Mehdi Lotfi Niasar and Akbar Zavvar Jannati from city of Tabriz and Mehdi Dehqani Yazdli as “Defenders of the Shrine” who were killed in the attack along with ten others. Defenders of the Shrine is a term used in the Islamic Republic to refer to its military personnel in Syria.

According NZIV of Rotter.net and based on Arab reports, Israel’s primary target in T-4 was actually a secret Iranian Command and Control center. Those reports say that Israel hit the Iranian’s command and control center, the Iranian’s drone operation center and their weapons depot.

NZIV also reports that Arab sources are now claiming Russia knew in advance of the planned attack, and actually provided the pinpoint locations of the Iranian targets to Israel.

Israel hit the sections of the base where only Iranian soldiers were located.

T4 was the base that Iran used to launched the drone on February 10 of this year, which led to a series of events culminating with an Israeli F-16 getting shot down by a missile.

Israel’s defense echelon are supporting a more aggressive approach to preventing the Iranian military from embedding themselves deeper in Syria, according to a report in Haaretz. Defense Minister Avigdor Lieberman and Chief of Staff Gadi Eizenkot have made it clear in recent months that deepening Iran’s military presence in Syria would be seen as a red line and that Israel would act to protect its security interests. 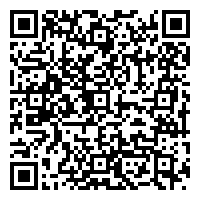