After Arab rioters in the Shimon HaTzadik (Sheikh Jarrah) neighborhood have set fire nine times to a car belonging to local Jewish resident Tal Yishuviev, this past Shabbat they upped the ante and burned down his house. Thank God, the family did not stay at home on Shabbat and their lives were spared.

In response to Shabbat’s arson, Otzma Yehudit Chairman MK Itamar Ben-Gvir, who during last year’s Ramadan riots opened a parliamentary office in Shimon HaTzadik, decided to return to the neighborhood, to restore security to the Jewish residents.

MK Itamar Ben-Gvir says he intends to help the residents and provide them with the little security and backwind they have not received from the state: starting this week, he will come regularly to the neighborhood to man his parliamentary office—to be established for this purpose—where he will conduct his regular business with the help of his staff.

The last time MK Ben-Gvir opened a parliamentary office in Shimon HaTzadik was in response to escalating attacks against Jews in the neighborhood. But despite requests from Prime Minister Benjamin Netanyahu’s office to leave the neighborhood, Ben-Gvir insisted on staying until a permanent contingency of police officers was put in place to protect the Jewish residents throughout the month of Ramadan when traditionally there’s a sharp rise in the level of Arab rioting.

MK Ben-Gvir on Saturday night issued a statement saying: “If the residents don’t receive protection from the police, I will protect them. Tomorrow I will open a parliamentary office in the Shimon HaTzadik neighborhood until security is returned when the police set up a permanent post there. It is inconceivable that they set fire to the vehicle of the Yishuviev family nine times, and on the tenth time they tried to burn them alive, and only miraculously they were not home on Shabbat – and the Jerusalem police are acting as if it were just another a demonstration in front of their house. If the police are not present, I will be there.” 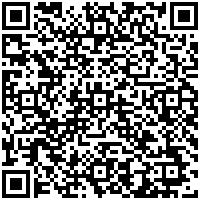