Arab residents of the village of Nabi Samuel have broken into an archaeological garden and used heavy machinery to pave a large plot as a first step in the construction of a parking lot. The move comes in violation of the Oslo Accords as well as other laws.

The archaeological garden — and the illegal parking lot — is situated adjacent to Har Shmuel and Givat Ze’ev, near the Jerusalem neighborhood of Ramot.


The Tomb of the Prophet Samuel, adjacent to the site, is considered a holy site by all three major faiths. Hundreds of thousands of pilgrims, archaeologists, historians, and tourists visit the site each year, to pray, to learn, and to enjoy the panoramic view of Jerusalem. The area was declared a national heritage site and the rich archaeological remains, dating back to the Second Temple era, as well as the ancient oak trees that cover the hilltop, are all protected by National Park status.

The area is under full Israeli jurisdiction (Area C) and offers a commanding panoramic view of Jerusalem, having served as a major artillery base for the Jordanian bombardment of Jerusalem.

The archaeological finds at the site bear witness to Jewish settlement from the First Temple period through the Hasmonean Era, up to modern times.

Regavim, a non-profit organization that acts to protect Israel’s land resources against illegal seizure and construction, documented the work being carried out at the site without permits and in violation of the law, and issued an urgent request to the Civil Administration, the body responsible for law enforcement in Area C, demanding that the work be halted immediately.

“The Civil Administration and the Israeli government must do everything in their power to block the construction of the parking lot,” wrote Attorney Avi Segal in his letter to the Civil Administration. “The authorities’ negligence has caused a major blow to the archaeological finds as well as to the rule of law.”

“It is difficult to assess the extent of the damage to the archaeological site, or the potential damage to the still-unexplored, ancient sub-strata,” added Yishai Hemo, Regavim’s Field Director for Judea and Samaria.

“We have seen damage to important sites throughout Judea and Samaria, caused by construction in areas of tremendous historic significance and destruction of antiquities, in complete disregard of the law. We have said it before: People who care about the Land of Israel don’t cause it harm. The government must stop the destruction.” 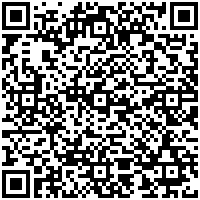