ISIS has issued a statement accepting responsibility for the attack in Hadera in which two Border Police officers Yazan Fallah and Shirel Aboukaret, both 19, were killed. The ISIS proclamation stated that “machine gun clashes took place between the parties. As a result, two from the Jewish police were killed and ten others were injured.” The ISIS news agency cited Israeli security sources who suggested the two terrorists were fighters affiliated with the “kalifate.”

ISIS also mentioned that Muhammad Abu Alqian, the terrorist who perpetrated the murderous attack a few days earlier, in Be’er Sheva, was affiliated with ISIS. This claim of responsibility by ISIS is the first since 2017 when it claimed responsibility for an attack that its people allegedly carried out in Jerusalem.


From the long and detailed videos released Sunday night, it appears that the two terrorists in Hadera had been trained in the use of weapons, and showed composure under fire. At first, one of them is seen firing a gun, and later both are seen firing M-16 rifles.

Last week I reported that following the terrorist attack in Be’er Sheva, in which a Bedouin high school teacher rammed and stabbed to death four civilians and seriously injured two others, the defense establishment in Israel feared copycat attacks on the part of Israeli Bedouin living inside the Green Line (Security Apparatus Concerned about Copycat Attacks by Israeli Bedouin). Was the attack in Hadera planned in advance or a reaction to the Be’er Sheva attack?

The Shin Bet and Police investigation will have to find out if the Hadera terrorists had been inspired by the attack in Be’er Sheva, or were part of a more organized initiative by a terrorist organization. At the same time, it will be necessary to find out why there was no early warning of the attack, for the second time in a row. And this time it was not an act of a single person. Also, since the terrorists came equipped with a gun and rifles, someone had sold or supplied them with those weapons and the ammunition.

The two terrorists, Ayman and Ibrahim Akbar, two cousins from nearby Umm al-Fahm, arrived at the scene in Hadera armed with three pistols, three knives, 1,100 bullets, and protective goggles. Acquiring them required a series of actions that usually leave traces, and yet they did not trigger the radar of the intelligence agencies in Israel.

Four brothers of the terrorists have been arrested. Following the attack, the police have raised the alert to the highest level. This means maximum police presence in population centers and on the roads. Starting Monday morning, checkpoints are expected on the main travel routes. The defense establishment is also considering administrative detention for potential threats among Israeli Arabs. This would require judicial approval as well as the approval of the defense minister.

In less than a week, six Israelis have been killed in two terrorist attacks in the heart of two major cities: four in a ramming and stabbing attack in Be’er Sheva and then, Sunday night, two in a shooting attack carried out by two terrorists in Hadera.

Stunningly, these murderous attacks have taken place exactly 20 years after operation Defensive Shield, a large-scale military operation conducted by the Israel Defense Forces in 2002 during the Second Intifada. It was the largest military operation in Judea and Samaria since the 1967 Six-Day War, and it was a direct response to the Passover massacre on March 27 at the Park Hotel in Netanya, when an Arab suicide bomber killed 30 guests on the Seder night. Even the targets remained the same in 2022: not some faraway, Jewish settlement, but major cities inside the Green Line.

Meanwhile, it is clear that the swift intervention of police officers who happened to be inside a restaurant near the shooting led to the stopping of what could have been a devastating killing spree. As in the terrorist attacks during the second intifada, and during the shorter, loner intifada of 2015, Sunday night’s attack showed the need for the presence everywhere of skilled weapons bearers, police officers and civilians, to interrupt such attacks. Because most often long minutes would pass before the police patrols in the city can arrive, even if their response is swift. Ending these events depends on how many armed civilians are nearby to provide an immediate, faster response.

And there was some deafness, never mind lack of intelligence information, on the part of the security apparatus: following the attack in Be’er Sheva, the political echelon, on the recommendation of the security forces, made a deliberate distinction between the Bedouin terrorist and what was happening in the Palestinian Authority on the eve of Ramadan, arena and determined that no restrictions would be imposed the territories. Not only were PA Arabs encouraged to drop everything and rush to the Temple Mount at the heart of Jerusalem on their holy month that starts this coming Friday, but the government decided Sunday morning to increase the number of permits for workers from the Gaza Strip – from 12,000 to 20,000. On Ramadan. 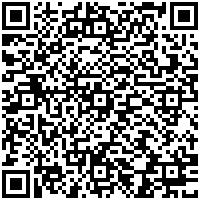