Bengel has a serious leftist track record, going back to her membership in Breaking the Silence and Yesh Din. According to Makor Rishon, in a podcast interview with Keren Haber a few months ago, Bengel said about 1948: “We don’t recognize our own iniquity, that’s where the problem lies.” She then added: “There’s one thing that must be done and that’s to acknowledge the injustice. Forget the cost of it for a moment. “Our state is strong enough to acknowledge injustice without paying a cost. It’s possible to offer a moral recognition that can also be an economic recognition, with reparations provided with the help of the countries of the world.”

A staunch leftist, Bengel believes the 1967 liberation of the territories that had been under Arab illegal occupation for 19 years, marked the start of the deterioration of the Israeli left over the years that followed. She told Haber: “In 1967, the concept of God ruling the land, of the Jewish religion ruling the territories, of the political perception of the religious Zionists was given legitimacy, and this is the moment when the branch on which the left was sitting was broken. Ever since then, the left doesn’t realize they are on the ground, they’re being stepped on, and it hurts, and it’s not from Allah.”

Before she was hired, Bengel’s tweets had been scrutinized, and they were not kind to her future boss. One memorable tweet suggested Lapid was the type who bought his bookshelves from Ikea and filled them up with books he never read.

She is probably right. Israeli satirical shows are packed with examples of Lapid’s somewhat limited education. Such as the time he insisted Copernicus was Greek (he was Polish). He also suggested a media rival was a Don Quixote riding on the back of his Dulcinea. He meant Rosinante, Don Quixote’s horse. Dulcinea was his lady.

Bengel also accused Lapid of being Bennett’s useful idiot – back when Bennett and Lapid were considered political war buddies.

But over the past year, the acerbic leftist Bengel has come to appreciate Lapid as the only sensible left-wing leader (which may have been a surprise to him). She certainly preferred him over Meretz and Labor, which she considered losers who failed to use their newfound power to quash the settlements.

Having served under Tzipi Livni, Bengel is convinced that the way to trounce the settlers is not through traditional leftist provocations. Instead, she believes in the power of the civil servants in the justice and defense ministries to make the lives of the settlers miserable. She is not wrong. Benny Gantz has been able to terrorize the settlers even while accusing them of initiating acts of violence against their Arab neighbors. Should defense and justice rank and file civil servants be able to collaborate again, it would not bode well for the half-million or so Israelis in the territories.

With that in mind – Bezalel Smotrich has famously told voters that a vote for his party would guarantee that Prime Minister Benjamin Netanyahu would not veer left. But the real action does not take place in the cabinet, it happens in the ministries. Should there be a strong, 70-member right-wing only coalition soon, it would be high time to send home the leftists from their little offices in the government buildings. I say, give full employment to settlers where it counts. 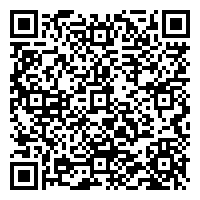