Yesh Atid chairman Yair Lapid hopes to visit President Reuven Rivlin on Tuesday to update him that he has managed to form a government and get his signature ahead of the vote of confidence in the Knesset.


Likud representatives also claimed that since Lapid was the one who received the mandate to form the government, he is the one who should serve first as prime minister.

The Likud demands that the president make it clear to Lapid that if he does not present the full details of his proposed government by midnight on Wednesday, the mandate would pass to the Knesset for 21 days, and if at the end of the three weeks during which the mandate is in the Knesset its members fail to form a government, Israel would go to the polls in accordance with the law and the president would have no discretion on the issue.

The Likud wrote the two legal counsels: “You are also asked to clarify to MK Yair Lapid that according to the Basic Law: Government, a Knesset member who is assigned to form a government cannot be an alternative prime minister but must head the government in its first term.”

It should be noted that only this week Prime Minister Benjamin Netanyahu proposed to New Hope chairman Gideon Sa’ar to serve first in a rotation government with him, in which Netanyahu would serve second, and Yamina chairman Naftali Bennett would serve third.

The formation of a government without Netanyahu now depends mainly on the question of whether Bennett will be able to impose factional discipline on his five members of the Yamina party, some of whom are not enthusiastic about joining Yair Lapid.

Like, for example, Bennett’s political life partner, MK Ayelet Shaked. On Monday, Kan 11 news reported that Shaked said in a closed conversation with members of her faction that there would be no government unless she is given the slot designated for Labor Party chairman Merav Michaeli on the Judicial Selection Committee.

After she had been denied the office she wished for, where she acted most effectively and positively – the Justice Ministry, Shaked wants most of all to influence the continued election of conservative judges to the Supreme Court. The next government term will see six such appointments, which offers a rare opportunity to moderate the court in significant ways.

Today only three of the 15 Supreme Court justices are in the conservative camp. If this number increases to 9, it could mean a real revolution in the court’s currently bullish behavior towards the other two branches of government.

The chairman of the Labor Party was asked at her faction meeting about Shaked’s demand and answered: “Fortunately, I was not asked to do that. I’m sure that once there’s a partnership at hand, we should all give up something. We have come to repair and heal. As part of this, I am committed to cooperation.”

Which means that Shaked’s hopes to change the Supreme Court have been buried six feet under without a Kadish at this point.

In recent days, a lot of public pressure has been put on Shaked. Close to Bennett’s announcement of joining a Lapid coalition on Sunday, hundreds of protesters arrived at the two Yamina leaders’ homes. Many carried signs that read “Leftist traitors” and “Collaborators with Yair Lapid.” There were also supporters on hand, who carried signs that read: “Government of change – this is not a legend,” a paraphrase on Theodor Herzl’s historical adage.

Demonstrations continued on Monday night, with fewer participants on both sides.

Because of threats directed at Bennett and Shaked on social media, the security level for Shaked was increased to level five on Monday (the highest level is six). Guards were stationed near the homes of Yamina leaders and Bennett even received an armored vehicle.

One of the most prominent voices heard in recent days against Bennett and Shaked is that of the chairman of Religious Zionism, Bezalel Smotrich. Immediately following Bennett’s speech on Sunday, Smotrich tweeted it was “the biggest fraud in the history of Israeli politics.”

Oh, Bezalel, there have been so many bigger ones…

Smotrich, who ran alongside Bennett and Shaked on the Yamina slate for the 22nd and 23rd Knesset, issued a statement to the media that said “Bennett and Shaked have put the right-wing voters to sleep in recent weeks. Bennett is lying, Ayelet is lying.”

In response, Shaked replied that Smotrich was “the greatest saboteur of a right-wing government” and was leading the country to a fifth election.

Netanyahu is currently waging a desperate war against his approaching loss of power. Avigdor Liberman, his greatest enemy in Israeli politics, who started the past disastrous two years after the 2019 elections when he refused to join a Netanyahu-led government, likely enjoyed arguing on Monday at his faction meeting that “It’s not certain that the man (Netanyahu) is one hundred percent mentally healthy and capable of fulfilling the role of prime minister.”

In his last speech on television, when he presented the dangers he expected would befall Israel without him, Netanyahu tied together the Iranian nuclear threat and Israel’s relations with the Biden administration and warned of a cabinet whose members would include Nitzan Horowitz and Tamar Zandberg from Meretz.

The left now fears a Netanyahu last-minute provocation in Iran, Lebanon, or the Gaza Strip, noting that Netanyahu tried such a move once, in September 2019, when he wanted to attack senior Islamic Jihad figures in Gaza in response to rockets that had been fired on Ashdod while Netanyahu appeared there at an election rally. It was leaked at the time that Chief of Staff Aviv Kochkabi and Attorney General Avichai Mandelblit collaborated behind the scenes to block the move, which was executed two months later, without a political connection.

Meanwhile, Likud officials are holding numerous talks with Yamina and New Hope, in an attempt to persuade them to change direction and try to form a right-wing government in the 21 days that the ball would be thrown back to the Knesset, should Lapid not announce by midnight Wednesday that he has managed to form a government.

Meanwhile, the Likud is not talking about the huge elephant in the room, known to political zoologists throughout Israel’s political system and the media, namely that all Benjamin Netanyahu needs to do to ensure a strong right-wing government of 70 members and no Arabs is to be the bigger man, step aside and make way for another Likud leader such as Nir Barkat or Yuli Edelstein.

At that point it won’t take 21 days to form a right-wing government, 21 minutes would suffice. 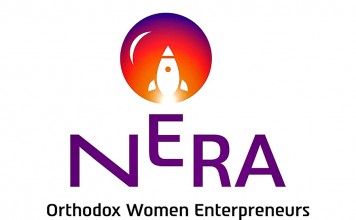 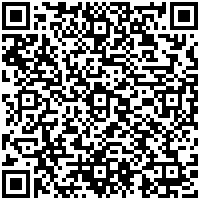