Salim Joubran, the first Arab judge appointed to the Israeli Supreme Court, is retiring on Thursday at the compulsory retirement age of 70. Joubran, who represented the views of Israel’s Arab minority, always found himself in the minority on these issues.

Joubran was the only judge who voted to kill an amendment to the law that raised the threshold on the number of votes required for entry into the Knesset. The case was decided by a majority of eight judges against Joubran, and the court approved the requirement that a political party must win the equivalent of 3.5 Knesset seats before being granted its first seat. The law led to a revolution in Arab politics, as four disparate Arab factions were forced to unite and form the third-largest Knesset faction today.


Joubran remained all alone when he objected to the suspension of MK Hanin Zuabi from the Knesset for inappropriate public conduct (she spat at Police, among other things) – four Jewish judges approved the temporary removal.

Born in 1947 in the German Colony neighborhood of Haifa, to a Christian Arab family of Maronite Lebanese origin, Joubran graduated from a school run by the Franciscan Order in Acre. He earned a law degree from the Hebrew University of Jerusalem, and entered private practice as a lawyer in 1970. In 1982, he was appointed to Haifa’s Magistrate’s Court. In 1993, he was appointed to Haifa’s district court, and served in that capacity for another 10 years, following which, in 2003, he was elevated to the Supreme Court, first as a temporary and then as a permanent appointment. He was appointed deputy to the Supreme Court chief justice on 12 June, 2017, for about a month and a half until his retirement.

The conservative Christian Joubran was surprisingly tolerant of the LGBT community, which some claim had to do with the influence of his most favorite clerk, a homosexual attorney. In 2013, Joubran ruled to cut a third of the sentence of a transgender who was in mid-change when he/she was convicted of armed robbery—accepting the argument that life in prison would be unreasonably difficult because the entire sentence was being served in isolation. In 2014, Joubran forced the state’s census officials to register a gay couple as parents of a child who had been born via a surrogacy procedure in the US.

Joubran has been a household name in Israel since 2013, when he became the first Arab judge to chair the Central Elections Committee. In the Israeli municipal elections of 2013, he barred the national ruling party Likud’s ads for being “racist and almost certain to hurt the feelings of Arab Israelis and disrupt the public order.” In his decision, Joubran overruled then Attorney General Yehuda Weinstein, who suggested his elections committee had no authority to regulate online ads and posters.

In his capacity at the elections committee, Joubran has consistently shot down Knesset decisions to bar anti-Zionist, pro-Palestinian Arab candidates from running. 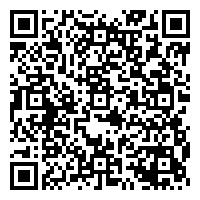