The Labor-Gesher-Meretz list on Monday launched an ad targeting the LGBT community inside Israeli-Arab society, in an attempt to appeal to liberal voters affiliated with the Joint Arab List. The ad takes advantage of the conservative line adopted by the Arab list, which has not been supportive of the LGBT in the Knesset, Haaretz reported.

The ad will appear with a slogan in Arabic, saying: “Labor-Gesher-Meretz – We stand alongside gays and lesbians.” The ad will be followed by a post in Arabic on social media, addressing LGBT community members.

The campaign, conceived by Meretz chairman Nitzan Horowitz, himself a homosexual, allows the Zionist, leftwing list to siphon votes from the Joint Arab List without actually attacking it. The list will run the same exact ad in several languages, thus softening the appearance that it is critical of the Arab list for its anti-homosexual agenda.

The leftist party’s official line is that “there are LGBTs everywhere and in every sector – religious and secular, Jews and Arabs. Our commitment to their right to be who they are and to live without fear of discrimination, exclusion and violence does not stop with the Jewish secular public. You can’t fight racism and at the same time shut up about LGBT-phobia, because it’s the same fight for freedom and equality regardless of religion, origin, gender and sexual orientation.”

Joint Arab List co-chairman Ayman Odeh, has avoided answering questions about the Arab gay community. A few weeks ago, appearing on a satirical show on israeli TV, Odeh was asked if he would answer a question about the Arab homosexual community, and replied: “Leave it alone.” The Arab list was reluctant to support Knesset initiatives favoring the LGBT community.

LGBT citizens generally have limited or highly restrictive rights in most parts of the Middle East, and are targets of violence in others. Homosexuality is illegal in 10 of the 18 countries in the region. It is punishable by death in six of these 10 countries. The rights and freedoms of LGBT citizens are strongly suppressed, in keeping with Islam. LGBT relations are legal in Israel, Bahrain, Lebanon, Jordan, the Palestinian Authority (but not in Gaza) and Turkey. Male homosexual activity is illegal and punishable by imprisonment in Kuwait, Egypt, Oman, Qatar, and Syria. It is punishable by death in Iran, Iraq, Saudi Arabia, Qatar, and UAE.

Last year, only MKs Aida Touma-Suleiman and Haneen Zoabi of the Joint Arab List voted in favor of an ammendment to allow homosexual couples to engage in surrogacy in Israel. The rest of the list, including Odeh, were absent during the vote.

Odeh came out against the stabbing of an Israeli-Arab homosexual teenager in a shelter in Tel Aviv last July. Last August, Touma-Suleiman attended the first Arab LGBT rally. It took place in Haifa, with about 200 participants. 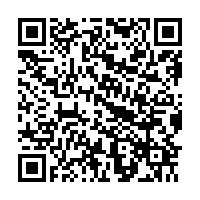