Israel’s Deputy Consul in Istanbul, Yara Shibli, 27, who hails from the Bedouin community of Shibli in northern Israel, was instructed some three weeks ago to fly to Kiev urgently to help the staff of the local Israeli embassy, and then moved with the rest of the diplomatic team to Levov, on the Polish side of the border. Among other things, she assisted in the rescue of 150 Arab students who were evacuated when the fighting broke out, including some residents of eastern Jerusalem.

Ha’aretz reporter/journalist Fadi Amun tweeted last Sunday that a Lebanese citizen who was in Ukraine with a group of Israeli Arabs told him he’s not able to get help to escape. Amun then contacted an Israeli official who said in response: “We have no problem helping Lebanese or any other Arab citizens as well. He can join the Israeli bus.”


Hassan Kaabia, a spokesperson for Israel’s foreign ministry, confirmed to Amun that “there are Lebanese, Syrian and Egyptian citizens on the Israeli bus, some of them crossed the Ukraine border as refugees. The embassy also helps Israeli residents from eastern Jerusalem.”

Shibli told Ynet on Monday: “We help Israelis as much as we can, trying as much as possible to help. Our people in the field stay out all night, in the cold, to rescue Israelis. We work nights and days and have not slept for almost a week. People can say what they want, but we do our job to the end.”

“People are calling our emergency line and our WhatsApp and I pass the calls to our representatives in the field who are going to locate them at the border crossings and rescue them,” she explained. “We prioritize the inquiries in cases of pregnant women, young children, and the elderly.”

Regarding the rescue of 150 Arab students, she said, “This is one of the reasons why the foreign ministry sent me here, to have someone on hand who speaks Arabic.”

Former Israeli ambassador to Ukraine, Yoel Lion, a Haredi rabbi who also served as the Chief of Diplomatic Staff of the Deputy Minister of Foreign Affairs Tzipi Hotovely (Likud), assisted in the rescue of about 100 Israeli Arab students studying medicine in Kharkov and helped them reach the border crossing into Moldova.

“Already at the airport in Bucharest we met Ukrainian Jewish refugees,” she told Ynet. “They saw us with the Hatzalah orange vests and came over. They were very excited to see us. They said they had just fled from their homes.” 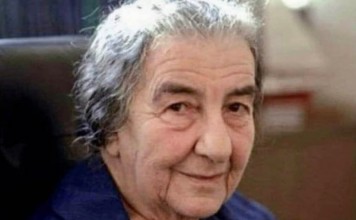