President Isaac Herzog on Monday told the Board of Governors of the Jewish Agency for Israel that the British Board of Deputies’s unprecedented attack on Religious Zionism chairman, MK Bezalel Smotrich in early February had caused him “great discomfort.”

Herzog stressed that he “never supported Bezalel Smotrich’s opinions,” but he nevertheless is a “firm believer in open, sincere communication and dialogue.”


On February 9, only hours after Smotrich had landed in London, someone at the Board of Deputies of British Jews, the largest Jewish communal organization in the United Kingdom, tweeted this exceptionally rude statement, in Hebrew, so that the Israeli visitor understand:

“We reject Bezalel Smotrich’s heinous views and his hate-mongering ideology and call on all members of the British Jewish community to show him the door. Get back on the plane, Bezalel, and live in infamy. You are not welcome here.”

And you thought Israelis were vulgar and used violent language (Largest UK Jewish Group to Smotrich: ‘Get Back on the Plane, Bezalel, and Live in Infamy’).

President Herzog told his audience on Monday: “I found the Board of Deputies’ recent English and Hebrew tweets concerning MK Smotrich a few weeks ago deeply inappropriate. The Hebrew version was downright insulting, and elicited great discomfort.”

“I’m certain the message was retweeted and applauded. But now—what have we gained? The gap has grown,” he continued. “Just as Jewish communities correctly expect their leadership to be respected in Israel, similarly I would expect Israeli leaders to be treated with respect in the Diaspora.”

He added: “I believe in dialogue, and I urge my dear friends on the Board of Deputies to take a pause and invite Bezalel Smotrich to a conversation. Sound your pain, express your views and reservations. Protest and debate. But do so as you sit down and talk. We cannot allow ourselves another rift in the Jewish People.

“And I say so because I am working with my team on the Kotel issue, which I believe must be dealt with quietly, not vociferously, which does not help—it only lights more and more flares of hatred, which we do not need.”

Interesting choice of an incentive…

Herzog actually had some nice things to say about Smotrich: “For a few years now, MK Smotrich has conducted a sincere dialogue with many Jewish communities, which have substantially different values and agendas,” he shared with his audience. “He has done so independently, as well as through Jewish Agency MK delegations to Jewish communities abroad. His beliefs are strong, and his willingness to see and connect with someone he may see as ‘the other’ is something that he has done, and many of you have met him, including the leadership of the Board of Governors and the leadership of the Reform and Conservative movements.”

He definitely was presidential. 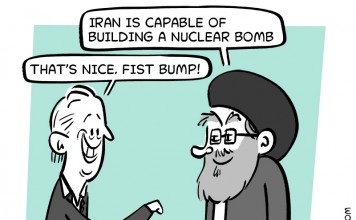 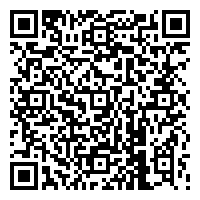