The Israeli Electricity Authority (IEA) announced on Monday that it will accept a $500 million settlement from Egyptian gas companies for halting deliveries of natural gas between 2011 and 2013.

The settlement, which was reached in June and now ratified by the IEA, significantly reduces the $1.76 billion compensation set by the International Chamber of Commerce in 2015.

The payments will be made by the Egyptian General Petroleum Corporation (EGPC) and Egyptian Natural Gas (EGAS) throughout the next eight and a half years. In return, the Israeli electric company will drop all other claims resulting from a 2015 arbitration decision.

In 2005, the Israeli Electric Company (IEC) signed a deal with the Egyptian gas companies to supply gas for Israeli power plants. However, in 2012, terror attacks destroyed the pipeline in the Sinai Peninsula, causing $4.2 billion in damages, according to a statement by the IEA.

The IEA said that the settlement focused solely on benefiting Israeli electricity consumers, who were forced to pay higher prices for electricity due to the use of more expensive fuels. The funds paid in the settlement will be allocated towards lowering the price of electricity for Israeli consumers.

The IEA added that the settlement does not hinder the possibility of another lawsuit against a third company that owned the pipeline that was attacked, the East Mediterranean Gas Company (EMG), legal action which is currently under consideration.

After years of importing gas from Egypt, Israel’s Delek Drilling and its partner Noble Energy signed an agreement last year to export $15 billion in natural gas from Israeli gas fields Tamar and Leviathan to Egypt. The export has since begun but has yet to reach full capacity due to security difficulties. 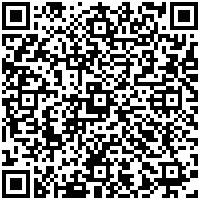