A study of Israel’s National Economic Council that advises the Prime Minister and the Government on economic issues and assists in formulating socioeconomic policy, this week presented for the first time a long-term demographic forecast that’s binding for all government ministries and shows the government prefers the development of the Southern District over the Haifa District; sees a critical need for the Metropolitan Tel Aviv subway project; and has no plans to hinder the doubling of Jewish residents in Judea and Samaria, The Marker reported on Monday (מספר החרדים יוכפל, הפקקים יחריפו והנגב לא יהיה שומם: המסמך שחושף — כך תיראה ישראל ב-2050).

Also: the Council estimates a dramatic jump in the size of the Haredi population, especially in the Southern District. The Haredi population in the south is expected to multiply almost fivefold, from 139,000 in 2021 to 616,000 in 2050 – depending on the establishment of the Haredi city of Kasif at the Tel Arad junction of Highways 80 and 31. But even if Kasif does not fully realize its potential because of opposition to the project, the Haredi population will increase following investments in the new neighborhoods in Kiryat Gat and land acquisitions by Haredi investors for future neighborhoods in Dimona and Yeruham.

The share of the Haredim in the population in the Northern District will increase at an even faster rate – sevenfold, to be exact, but their overall number will be lower – 384,000 Haredim.

Still, the Jerusalem District, which includes Beit Shemesh, is expected to remain the beating heart of the Haredi public, with their number growing from 360,000 to 915,000.

The most densely populated district in the country in 2050 will continue to be the Central District, which currently has about 2.3 million inhabitants, and by 2050 will grow to about 3.7 million. The Tel Aviv District will also continue to grow, from 1.48 million residents today to 2.26 million in 2050. Altogether, more than 5.7 million residents will live in the Tel Aviv and Central metropolitan areas: about 37% of the projected population of Israel.

The clear conclusion for government ministries is, first of all, the urgent need to deal with traffic jams and the collapse of transport infrastructure – not in 2050 but yesterday, and to push at a much higher rate urban renewal complexes in the center of the country, especially in the ring outside Tel Aviv, Ramat Gan, Kiryat Ono, and Givatayim, to produce an infrastructure that’s suitable for the expected growth.

The forecast predicts that in the next three decades the Jewish population in Judea and Samaria will double, from 458,000 today to 1.1 million in 2050. However, the National Economic Council believes that if government measures in the coming years are in line with the Planning Director’s strategic housing plan, without political pressure, demographic growth in the territories could be significantly reduced to only 866,000 Jewish residents. This depends entirely on promoting new Haredi neighborhoods in the Southern and Central Districts.

If the government reaches agreements with the Haredi public on housing solutions within the Green Line, then towns like Beitar Illit and Modi’in Illit would not gain momentum. If the government holds back on alternative cheap housing solutions for Haredim, the Haredi settlements in Judea and Samaria will grow at an accelerated pace, resulting in more than half a million Haredim living in the liberated territories. 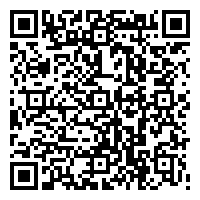