Japan has refused Israel’s request that Israelis quarantined in Yokohama Port, Japan, aboard a cruise liner infected with the SARS-CoV2 virus be allowed to complete their quarantine in Israel.

Israeli Foreign Minister Israel Katz said on Thursday that he had requested the 15 Israelis’ release, assuring his Japanese counterpart that they would remain quarantined in Israel for the requisite period. “Japan’s desire to ensure the prevention of [the spread of] infection is shared by Israel,” Katz told Israel’s Army Radio.


The Diamond Princess cruise liner was ordered back to port on Feb. 3, after it was determined that a passenger who disembarked in Hong Kong had COVID-19, the disease caused by SARS-CoV-2. The ship and its more than 3,500 passengers and crew were placed into quarantine until Feb. 19. Passengers have been isolated to their rooms, allowed out on deck for just an hour a day.

Israel’s embassy in Japan has been working to ensure that the Israelis receive needed medications and kosher food.

Japan’s Deputy Ambassador to Israel Kazuhiko Nakamura told Army Radio the Israelis would not be allowed off the vessel at this time.

Japanese Health Minister Katsunobu Kato has said that passengers over the age of 80 who test negative for COVID-19 and who have pre-existing medical conditions or are stuck in windowless rooms would be released on Friday to complete their quarantine on shore.

Israel’s Ambassador to Japan Yaffa Ben-Ari expressed concern that having the Israelis—who are all reportedly healthy—released from the ship would cause them to be quarantined in locations in which they stood an even greater risk of exposure to the virus.

Israeli Health Minister Ya’akov Litzman said representatives from Israel’s Health Ministry will head to Japan soon to ascertain how to provide assistance to the Israelis while protecting the rest of the Israeli population. 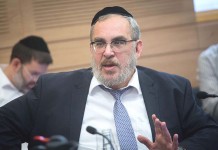 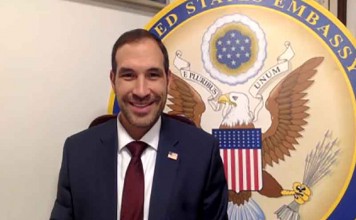