The data were acquired and analyzed by the Israeli settlement “watchdog” Peace Now.


According to the AP story, “Peace Now found that in the first two years of Trump’s presidency, authorities approved 1,861 housing units in east Jerusalem settlements, a 60% increase from the 1,162 approved in the previous two years. The figures show that 1,081 permits for settler housing were issued in 2017 alone, the highest annual number since 2000. A total of 1,233 housing units were approved for Palestinians in 2017 and 2018, according to Peace Now.”

The AP cites Hagit Ofran, granddaughter of the late Prof. Yeshayahu Leibowitz (credited with the term Judonazis to describe Israeli settlers in the liberated territories) and head of the Peace Now Settlement Monitoring Team, who said that “the discrepancy in permits dates back to 1967, when Israel expanded the city’s municipal boundaries to take in large areas of open land that were then earmarked for Jewish settlements. At the same time, city planners set the boundaries of Palestinian neighborhoods, preventing them from expanding.”

Ofran complained that “when you build illegally, without a permit, there’s always a chance your house will be demolished.”

According to the AP, around 215,000 Jews live in eastern Jerusalem today, alongside 340,000 Arab residents.

B’Tselem told the AP that at least 112 housing units in eastern Jerusalem were demolished in the first seven months of 2019, which exceed the number of demolitions in any full year since “at least 2004.”

Of course, the actual story is rife with anti-Israel terminology and an unabashedly skewed view of the history and reality of Jewish and Arab life in eastern Jerusalem since the forced eviction of Jewish neighborhoods there by the invading Jordanian Legion in 1948. 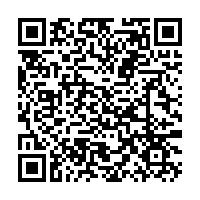