Church officials at the Church of the Holy Sepulchre has announced it will reopen at 4:00 am Wednesday, Feb. 28 in response to Israel’s decision to suspend all legislative activity on a new proposed tax law regarding church property until a dispute between the church and the state is resolved.

The city of Jerusalem has also agreed to suspend its collection actions on municipal taxes until a team led by Minister Tzachi Hanegbi resolves the issue.

The Church of the Holy Sepulchre has been closed for three days to protest the proposed tax law and the disputed municipal taxes that the city of Jerusalem has been insisting on collecting.

“After the constructive intervention of the Prime Minister, the Churches look forward to engage with Minister Hanegbi, and with all those who love Jerusalem, to ensure that Our Holy City, where our Christian presence continues to face challenges, remains a place where the three Monotheistic faiths may live and thrive together,” said a statement issued by church leaders.

Netanyahu made the decision to intervene after Israel came under heavy pressure from Christians across the spectrum from the Vatican to pro-Israeli Evangelical groups, and from the Orthodox Christian governments of Greece and Russia as well.

The Israeli negotiating team is to include representatives of the Ministries of Finance, Foreign Affairs and the Interior and the Jerusalem Municipality.

The team is being tasked with negotiating with church officials to “resolve the issue of municipal taxes on properties owned by churches that are not houses of worship,” the Prime Minister’s Office said in a statement on Tuesday. The two sides are to “formulate a solution to the issue of municipal taxes which do not apply to houses of worship,” the statement said. 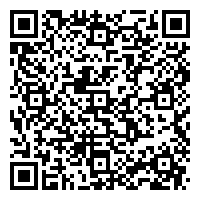