After a two-year break, the Temple Mount Sifting Project is resuming its sifting activity this coming summer. A third of the removed Temple Mount soil remained unsifted and is in danger of being lost by erosion. Due to this urgent situation, the project’s directors have decided to resume the sifting, despite unfulfilled promises of government funding.

In 1999, the Israeli Northern Branch of the Islamic movement and the Islamic Waqf (the Muslim trust that manages the Temple Mount) conducted illegal and destructive earthworks at the south-east corner of the Temple Mount. 9000 tons of antiquities-rich earth were removed from the Temple Mount and dumped in the nearby Kidron Valley.

In 2004, archaeologists Dr. Gabriel Barkay and Zachi Dvira (Zweig) realized that this dumped soil is a potential treasure-trove of archaeological information about the Temple Mount. They transferred the soil to the Tzurim Valley National Park and established a sifting facility in order to recover the ancient artifacts hidden in the soil and conduct in-depth research aiming to shed new light on the history of the Temple Mount. The sifting has unearthed over half a million artifacts so far, ranging from prehistoric times to the modern-day, in particular from the First Temple Period onwards. These are the first archaeological finds ever recovered from within the Temple Mount soil itself. The study of these artifacts and their publication are of great importance both to the scientific community and to the general public.

The project enables volunteers to take an active role in the salvage of artifacts buried in the soil. Over the years, the project has involved an unprecedented number of volunteers. Because it comprises a sifting activity, which can accommodate larger crowds than a traditional excavation, more than 200,000 people have participated in the project – a world record in archaeological research both in Israel and worldwide.

The project operated in cooperation with the Ir-David foundation from the year 2005 until March 2017, when the Temple Mount sifting went into a recess in order to focus on the research of its finds in preparation for scientific publication. Although most of the research remains to be completed, the sifting will resume on Jerusalem Day, June 2, at a new compound at Mitzpeh Hamasuot.

Archaeologist Zachi Dvira, co-director of the Sifting Project, explained: “Our plans were to take a longer recess in the sifting, but since we noticed that the remaining unsifted soil is in danger of erosion by the elements and mixing with other illegal dumps of garbage at its current location, we realized that it was imperative to resume the sifting in the near future. In addition, a large quantity of excavated soil remains on the Temple Mount itself. Last June, during the last days of the month of Ramadan, the Muslim Waqf performed an unauthorized moving of the earth there. In light of these events, we realized that the soil there is also in immediate danger and should be sifted after determining the controlled archaeological method by which it will be removed from the Temple Mount.”

Sifting will resume despite the lack of funding and unfulfilled government promises to fund the project, which the project directors hope to raise privately. In December 2016, Prime Minister Netanyahu publicly vowed to fund the project, a promise repeated when he invited the project directors to a meeting with him in December 2016. According to the Sifting Project directors, “These promises have yet to be materialized, despite the fact that the Prime Minister subsequently tasked the Israel Antiquities Authority to assess the Sifting Project’s funding needs and research plan. Over the following year, the IAA examined our research and budget proposals and even sought the recommendation of a committee of senior archaeologists from different academic institutions. This process lasted a whole year and finally, in April 2018, the IAA director sent a letter to the Prime Minister office with the recommendation to fund a $2.4 million, five-year research plan for the Sifting Project.“

“All in all, things moved very slowly, and more than once we noted that someone was trying to prevent the funding. Eventually, we were told that the government settled on a plan, whereby we would receive altogether five million shekel ($1.4 million) from the budgets of the Ministry of Jerusalem Affairs, the Ministry of Culture, and the Office of the Prime Minister. However, before the decision could be ratified, the chief counsel to the Ministry of Culture halted the process, citing a pre-election moratorium, despite other legal experts’ claims that no such problem exists for a process that began over two years ago.”

Sifting Project co-director archaeologist Dr. Gabriel Barkay, said, “Either way, the whole process has been stagnating and is not likely to come to fruition before the elections, while after the elections, it will probably lose its momentum. It is very disappointing, but we’ve managed to get by without governmental funds since the birth of the Temple Mount Sifting Project, and with the public’s help and our past supporters, we will continue to do so until the completion of all the research.”

The Temple Mount Sifting Project is under the auspices of the Bar Ilan University’s Institute of Archaeology. The Project is currently funded by private donors and philanthropic foundations via the Israel Archaeology Foundation and its crowdfunding website half-shekel.org. Information on how to participate in the sifting is available at tmsifting.org 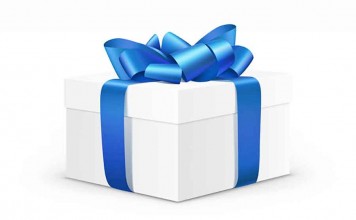 Is It Proper…? For bar mitzvah boys: Should you give them a sefer in Hebrew, which they may not be able to read for... 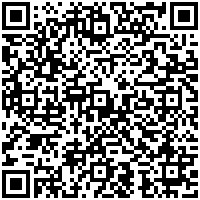