One of the accused, Hozrim La’Har Chairman Refael Morris, was shown in the television report preparing a class of Temple Mount activists how to disguise themselves as Muslim worshippers and blend into prayer services on the Temple Mount (Jews Who Prayed on Temple Mount Disguised as Muslims Arraigned Today – Are Israel Police Losing It?). The “Temple Mount Mista’arvim” borrowed their name from the counter-terrorism units of the IDF, Border Police, and Israel Police who operate undercover in Arab cities in Judea and Samaria and the Gaza Strip. These units are specifically trained to assimilate into the local Arab population to gather intelligence and make arrests.

The court’s ruling accepted an appeal filed by Honenu legal aid society attorney Nati Rom against the restrictions imposed by the Jerusalem Magistrate’s Court on his two clients. The District Court judge rejected the police request to extend their detention and ordered their immediate release and the removal of all the lower court-imposed restrictive conditions.

During the hearing, attorney Rom argued that the claim that Jews are forbidden to ascend through the gates of the Temple Mount intended for Muslims is not true, and in fact, the opposite is true. Rom cited the 1967 Law for the Preservation of Holy Places, proving that the entry of Jews into these places should not be restricted.

The first item of the law reads:

The holy places shall be protected from desecration and any other harm and from anything that may infringe on the freedom of access to the members of the religions to the places that are sacred to them or on their feelings regarding those places.

In light of this, attorney Rom argued that the impediment to narrowing the activists’ steps is disproportionate and does not comply with the law. Rom further argued that no offense of misleading a police officer had been committed, nor did the police offer any evidence proving its allegations.

The police have been aware of the Mista’arvim group, which never tried to conceal its activities. Several attempts of the members to pray disguised as Muslims have been thwarted by security forces, but a few have made it and prayed to Hashem the way you’re supposed to at the Temple Mount: prostrated before His Holiness, just as the rest of us do on Yom Kippur.

In the Channel 13 report, one of the activists was asked what he would do if he’s discovered, and his answer was very practical: “I’d beat a heck of a run out of there…” 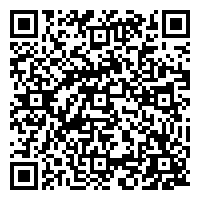