The report about Captain Rabbi Avrumi Levin, the IDF’s rabbi for the Special Forces Commando unit, continues to cause waves within the IDF Spokesperson’s office, according to a report by Arnon Segal in Makor Rishon.


Captain Rabbi Levin sent out his Tisha B’Av Halachic (Jewish law) guidelines to the soldiers in the commando unit where he serves. At the end of his introductory letter he added, “In case the Temple is rebuilt, consider this document null and void.”

This of course makes perfect sense, as when the Temple will be rebuilt, the laws of Tisha B’Av in that guideline will become irrelevant.

When first confronted with the rabbi’s statement by a frightened leftwing reporter from Ha’aretz, the IDF Spokesperson stated the rabbi was speaking in jest.

However, it is unlikely that the rabbi was speaking in jest about the Temple, as that is normative Halacha (Jewish law).

After hearing rumors of even more happening behind the scenes, Arnon Segal called the IDF Spokesperson’s office to confirm if it was true that they had asked the IDF rabbi to apologize for his factually correct statement regarding the laws of Tisha B’Av. The department denied they asked the rabbi for an apology.

But, according to sources close to the rabbi, Rabbi Levin was approached in the name of the Chief of Staff General Eizenkot and asked to avoid introducing “personal nuances” into his official instructions. The sources also said that despite that request from above, Captain Rabbi Levin received support from his direct commanders.

The sources also said that the IDF Spokesperson’s office explicitly asked Rabbi Levin to publicly apologize, which he refused to do. 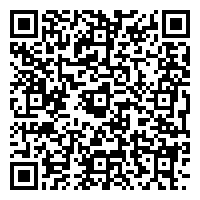