“It’s a great honor for me, as a believer in sports, to inaugurate such a special gift to cyclists,” Barkat said at a ribbon-cutting ceremony for the 2.1 kilometer Gihon Tunnel.

“We use tunnels for good purposes, such as sports, in contrast to Hamas,” Barkat told reporters.

During the inauguration, the capital’s sports-loving mayor cycled together with professional cyclists such as Paz Bash of the Israel Women’s cycling national team and representatives of the Israel Cycling Academy team, through the tunnel and back.

The tunnel — which starts at Ein Lavan, close to the Jerusalem Biblical Zoo in the southwest of the city and ends at the Kerem junction, near Hadassah Hospital — was built in the 1990s to serve the HaGihon water utility.

Two years ago, Eyal Haimovsky, CEO of the Jerusalem Development Authority decided to pave a track through the tunnel, above the water passage, and add it to the Jerusalem circular biking trail, a 42-kilometer-long route that passes through several parks and nature reserves around the capital.

The tunnel will officially open Friday to riders participating in the international cycling marathon series Gran Fondo New York (GFNY) which is taking place in Jerusalem for the first time.

The GFNY Jerusalem event will take place on two tracks, one of 70 km and the other of 130 km. Both will start from the Jerusalem Sports Center in the southwest of the city and pass through major tourist spots such as the Old City, Tower of David, Jaffa Gate, Mount Scopus, the Hebrew University of Jerusalem, the Knesset and the picturesque Ein Karem neighborhood.

“Some 1800 riders will participate in the event with more than 300 arriving from 23 countries,” said Ilan Zaviv co-founder of GFNY Jerusalem.

Shaun Gad, originally from New York and now lives in Mexico, co-founder and CEO of GFNY World was also at today’s inauguration of the cycling tunnel.

“I am very happy to be at the inauguration of the tunnel that has been paved for the GFNY Jerusalem; we never raced in a tunnel,” Gad said.

GFNY was founded eight years ago and takes place in more than ten countries, including Brazil, Indonesia, Portugal, Panama and Germany.

The GFNY Jerusalem race is part of a series of cycling events that will take place in Jerusalem during the next week. Friday will also see the “ Sovev Yes Planet Jerusalem” — one of the largest popular cycling events in Israel — and a week later, the Giro d’Italia, Italy’s prestigious multi-stage cycling event, will kick off from Jerusalem, the first time it has been held outside Europe. 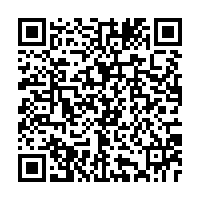