The plan was drafted by an inter-ministerial team, led by the Prime Minister’s Office that also included the Ministry of Economy, the Minorities Economic Development Authority the Ministry for Social Equality and the Israel Investment Authority.

“The plan is expected to create conditions for the creation of thousands of new jobs in the areas of development, software, and services, and to contribute to narrowing the gap between supply and demand for high-tech employment in Arab society,” the committee said in a statement.

The funds will be allocated to build hi-tech parks in Arab towns such as Nazareth in the Galilee, Kafr Qassem in the Triangle region, and in the Negev.

According to Sami Sa’adi, co-CEO at Tsofen Building Hi-Tech in the Arab Society, a non-profit organization founded in 2008 by Arab and Jewish hi-tech and civil society leaders to facilitate the integration of Arab citizens into hi-tech firms and the expansion of hi-tech in Arab towns, the program will first be implemented in Nazareth and Kafr Qassem.

“The committee has instructed the Ministry of Economy to implement the decision within 90 days. A call for bids will be sent to the Arab authorities and I expect that Nazareth and Kafr Qassem will win,” Sa’adi told Tazpit Press Service (TPS).

“The Hi-Tech Park will create jobs for 3,000 engineers and thousands more jobs in the services sector,” Sa’adi said. “There are 15 hi-tech parks in Israel, none of them in the Arab sector, and the new parks will help the Arab sector to develop economically and better integrate into Jewish Israeli society.”

Israel’s Arab citizens comprise around 17.4 percent of the country’s workforce, but according to a study published in August 2017 by the Ministry of Finance, Israeli Arabs account for only 1.4 percent of technology jobs.

According to Tsofen, there are currently some 2,755 Arab students studying hi-tech professions at universities in Israel, a sharp rise from 1,492 in 2012. There are also 5,000 Israeli Arab engineers, compared to only 300 in 2008, and around 25 percent of them are women. 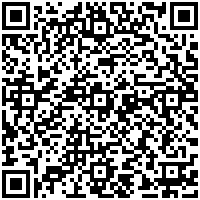