On Thursday, May 21, as Jews the world over will be commemorating the reunification of the city of Jerusalem, Chaim David, Shlomo Katz, Zusha, The Portnoy Brothers, Nuriel, and Naftali and Shlomo Abramson will be performing a free, live-streamed concert. 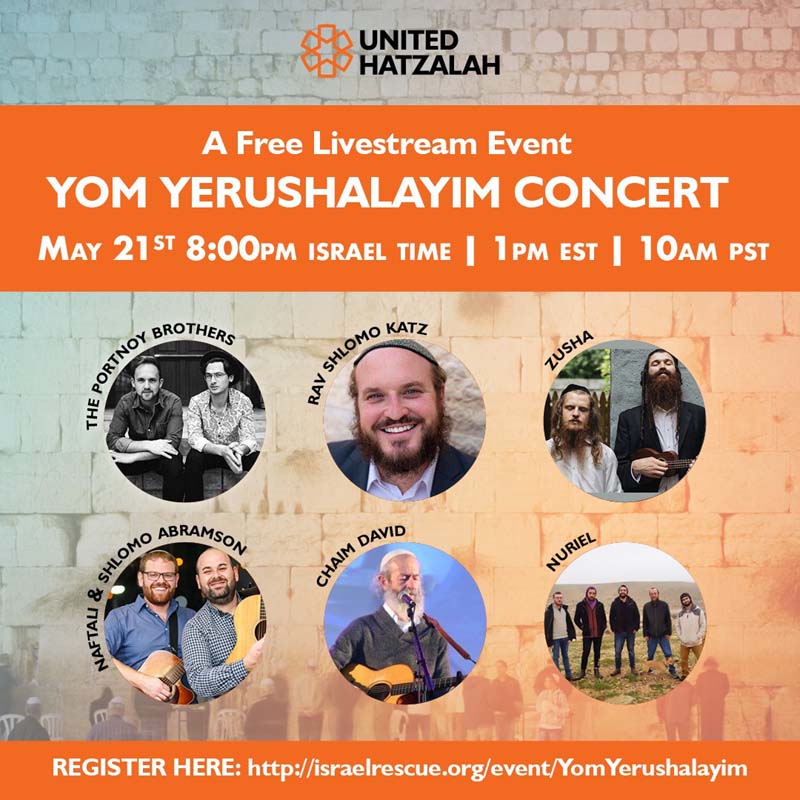 
The event, which marks the Hebrew date of the reunification of Israel’s capital in 1967, is the second major event that the organization has hosted via live streaming in the month of May. Earlier, United Hatzalah hosted “Saving Lives Sunday,” a targeted fundraising event that succeeded at raising more than $1 million. Since that event, United Hatzalah has stepped up testing patients for Covid-19 in numerous areas of Jerusalem and the surrounding area, focusing mainly on testing patients in the Haredi communities of Geulah, Mea Shearim, Beitar Illit, and Beit Shemesh, among the hardest-hit areas in Israel.

Vice President of Operations for United Hatzalah Dov Maisel said: “The situation that we are living in right now has been really tough on a lot of people. One of the things that our volunteers have encountered time and again is the high level of stress that everyone seems to be living with, especially after an elongated lockdown where people were unable to celebrate with family members and loved ones. This is an abnormal situation and from a health perspective, we need to deal with our own emotional well being as well as the well being of others. We hope that this concert will help in some small way by allowing people to take a break and enjoy themselves.”

Maisel added, “In lieu of people being able to celebrate Yom Yerushalayim together as they would in a normal year, with live music and concerts, we took it upon ourselves to create a feel-good event where everyone could de-stress for a short time ‘together apart.’ This event is being done completely free of charge and we aren’t asking for donations. The point is simply to say thank you to our community and to celebrate together with some great music.”

Everyone is invited to register for the free live-streamed Yom Yerushalayim Concert. 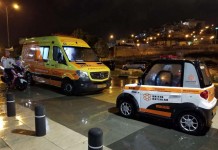 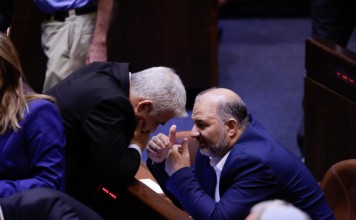