A massive fire broke out Monday night at a huge wooden warehouse on the Mount of Olives in Jerusalem.

There have been numerous attacks by Arab terrorists on local Jewish residents in the Ma’ale Zeitim (Ras al-Amud) neighborhood and on those visiting the nearby ancient cemetery on the Mount of Olives.

The cause of the Monday night’s fire has not yet been determined.

Twelve teams of firefighters called to battle the blaze were faced with a tough fight to keep the flames from spreading to nearby buildings and businesses.

They were aided in their efforts by the height of the area, however, as well as by the copious amounts of water supplied by trucks.

As of 10:30 pm, there were no reports of anyone with injuries, and no one trapped by the flames, according to the Hebrew-language 0404 military website. 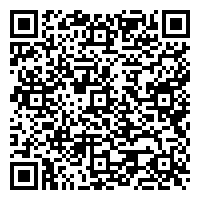