Netanyahu made the appeal towards the end of his opening remarks at this week’s weekly government cabinet meeting in Jerusalem.

Ultimately there is one more important discipline if we want to ensure our future here, we need to know our past here, the whole foundation of the heritage and values on which we are rooted, and this foundation is the Tanach,” he said with a smile, spreading his hands and looking up to heaven.

“I ask once again – I call once again – for to bring about a situation in which there are more teachers, of higher quality, to this vital profession,” he said.

“And I do exactly as I say: ‘I practice what I preach’,” he added. Netanyahu holds a weekly Bible study class at his official residence in Jerusalem.

Netanyahu resumed the tradition to mark the thirtieth day following the passing of his father-in-law, the late Shmuel Ben-Artzi, for whom he named the Bible study class. Ben-Artzi was a researcher, educator and Bible teacher who also was a writer and poet who wrote several books on the Bible.

“Ben-Gurion believed that every boy and girl in Israel must learn the Bible; they must be familiar with it and draw inspiration from it – from its cultural, linguistic and spiritual treasures. He was a devotee of the Bible and the Hebrew language, but not at the expense of general and scientific studies,” Netanyahu said at the time. 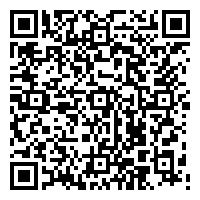