Jerusalem police announced Sunday night the arrest a suspect who threatened to murder an Israeli police officer for killing one of two terrorists responsible for the August 15 stabbing attack at the entrance to the Temple Mount.

Police were notified of the threat by Im Tirtzu, whose Arab Desk discovered the threat in a Facebook post uploaded by the Hamas-affiliated Shehab News Agency, which showed the face of the officer. The Shehab page has an estimated seven millions followers.

“The extremist Zionist policeman circled in blue who shot the two Jerusalemite boys, Nassim Abu Rumi and Hamoudeh al-Sheikh, two days ago was also the one who took furniture from the prayer house at the Gate of Mercy last night,” read the post.

Police issued a statement saying, “Our officers identified the suspect, in his 20s, from eastern Jerusalem, and today he was arrested and brought in for questioning.”

Tom Nisani, Director of Im Tirtzu’s Arab Desk, congratulated the police and said that “all those who threaten civilians and policemen alike need to be behind bars.”

Nisani added: “The time has come to treat the Temple Mount like any other sovereign place in Israel and crack down on the Arab-Islamist social networks that frequently incite violence against policemen and Jewish worshipers.” 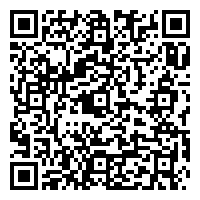